I have wanted to see Prince Edward Island since I was thirteen and first read Lucy Maude Montgomery’s series of books about the precocious orphan, Anne Of Green Gables. The desire to visit the Canadian province was further cemented in my mind years later, in 1985, when PBS aired the award-winning mini-series based on the book. The series was shot primarily on P.E.I. And the gorgeous film locations even eclipsed my vision of the island. The bar for this vision was pretty high because it had been set by Anne’s own fanciful and dramatic names for landscape features, such as “The White Way Of Delight” and “The Lake Of Shining Waters.” However, this year, I was finally able to travel to Canada and see P.E.I. first-hand.  Now, having seen the island for myself, I can tell you that Anne was spot on with her names. Like me, you may travel to Prince Edward Island to visit “Green Gables,” but you will quickly discover there is so much more to see on this whole green island. 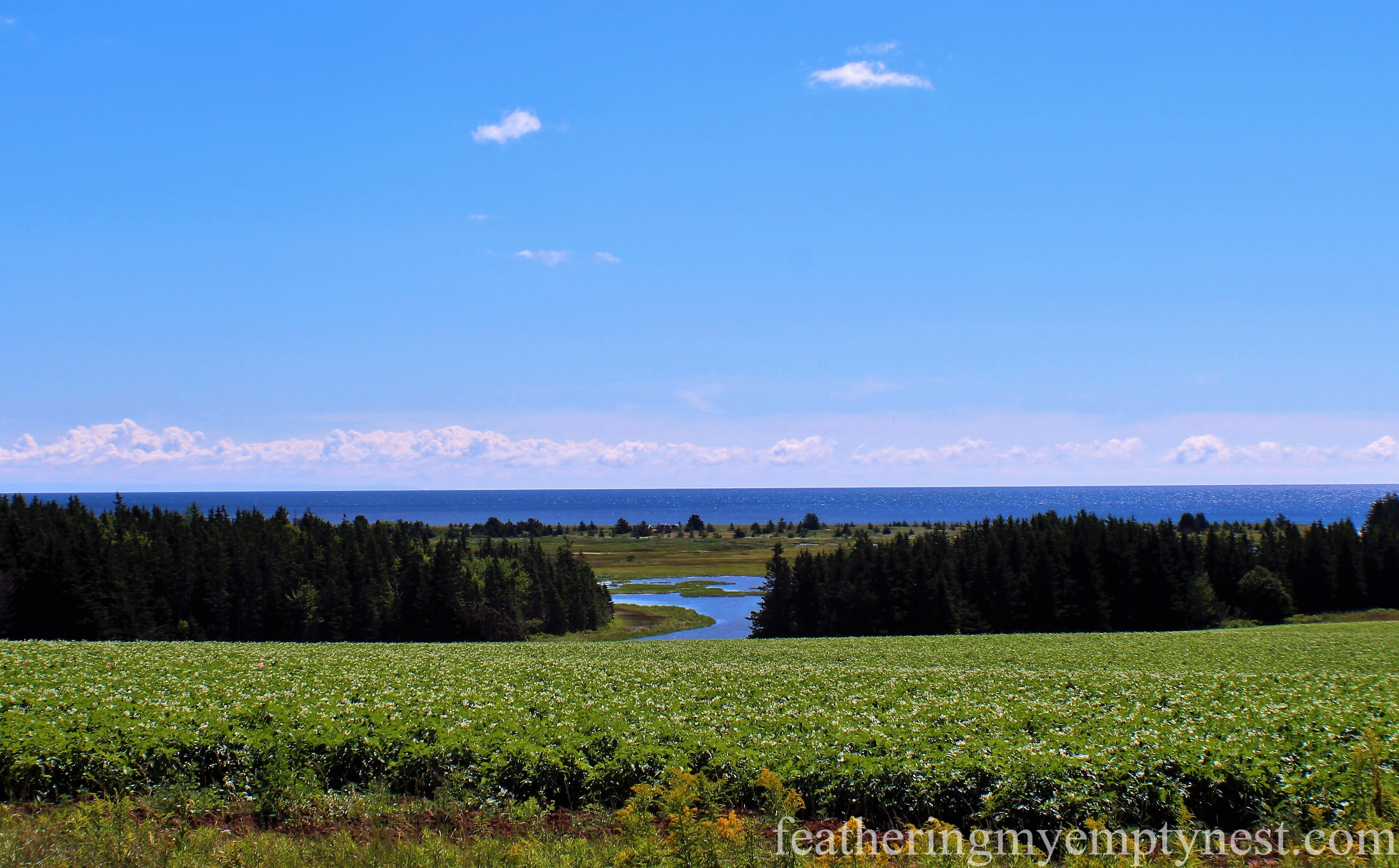 After spending several wonderful days exploring New Brunswick, we headed down the Trans-Canada Highway toward P.E.I. Once we crossed over the Confederation Bridge (which is the only roadway onto the island) and made our way through the town of Borden-Carleton, we immediately saw that P.E.I. remains largely as it was in the early 1900s when “Anne Of Green Gables” was set. That is to say, that most of the island is an idyllic pastoral oasis set apart from a world of shopping malls and fast-food restaurants– undeveloped and mostly still made up of family farms.

Driving through the bucolic countryside, we were gobsmacked by the startling view of fields blanketed in such dazzlingly bright yellow that we had to stop by the side of the road to gawk. I had no idea what this crop could be, but I immediately googled it and discovered that this almost neon yellow crop was canola. Apparently, P.E.I. farmers started planting canola as a cash crop in the early 2000s for its potential as biodiesel and cooking oil. I would plant it just for its gorgeous color! 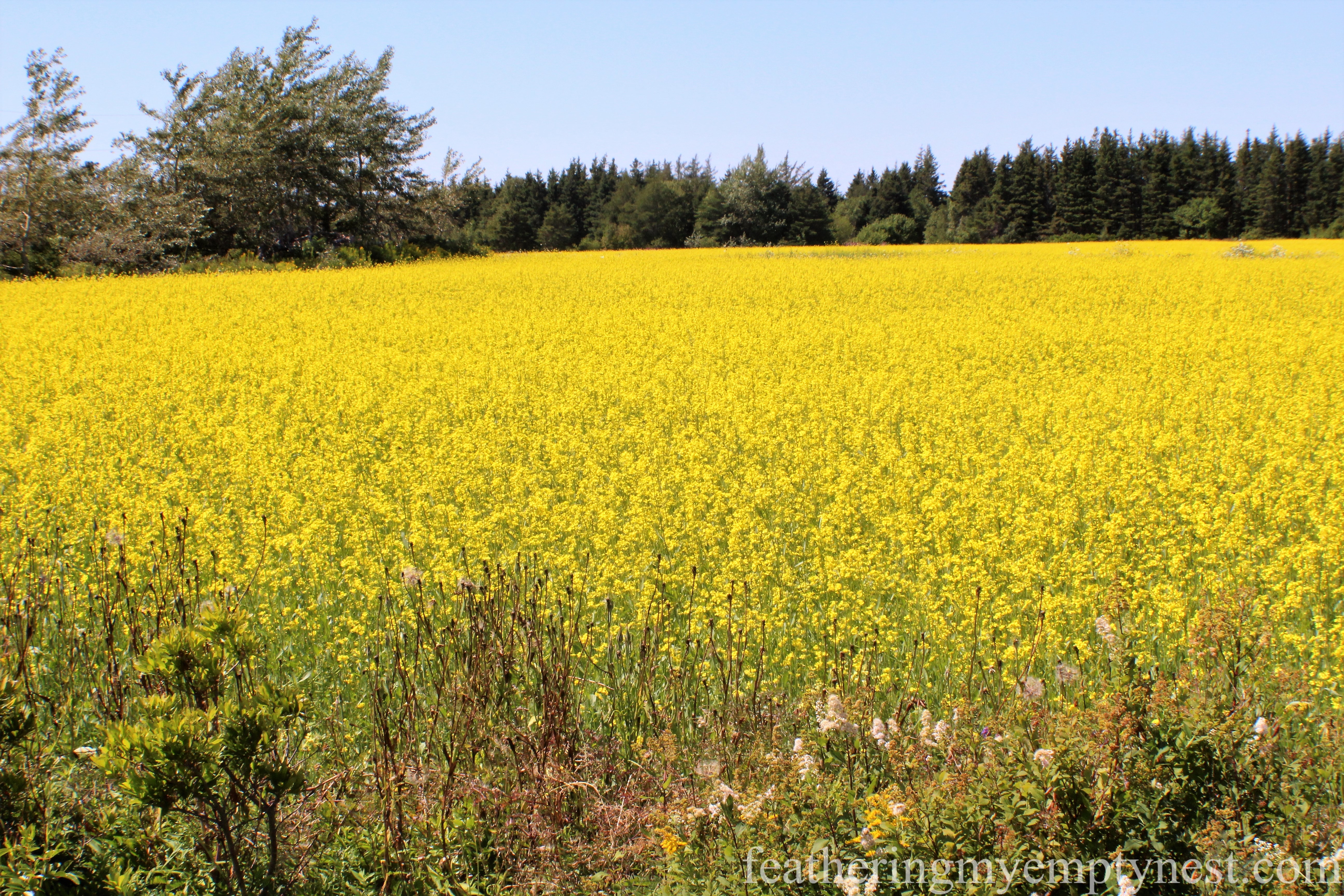 The Inn At Bay Fortune

Once we had taken way too many photos of the captivating canola fields, we made our way to the picturesque Inn At Bay Fortune in the town of Souris. Souris is a charming seaside town located on the southeast end of the island.

The five-star inn, owned by celebrity chef Michael Smith and his wife, Chastity, is famous for its nightly farm-to-table live-fire Feast. The extraordinary multi-course gourmet Feast was definitely one of the highlights of our Canadian trip.

If you have the opportunity to visit P.E.I., I cannot recommend both the Inn and its Feast more strongly!

We spent the next day driving around the southern coastal roads of the island, taking in the beautiful vistas of verdant farmland bordered by sparkling blue water. 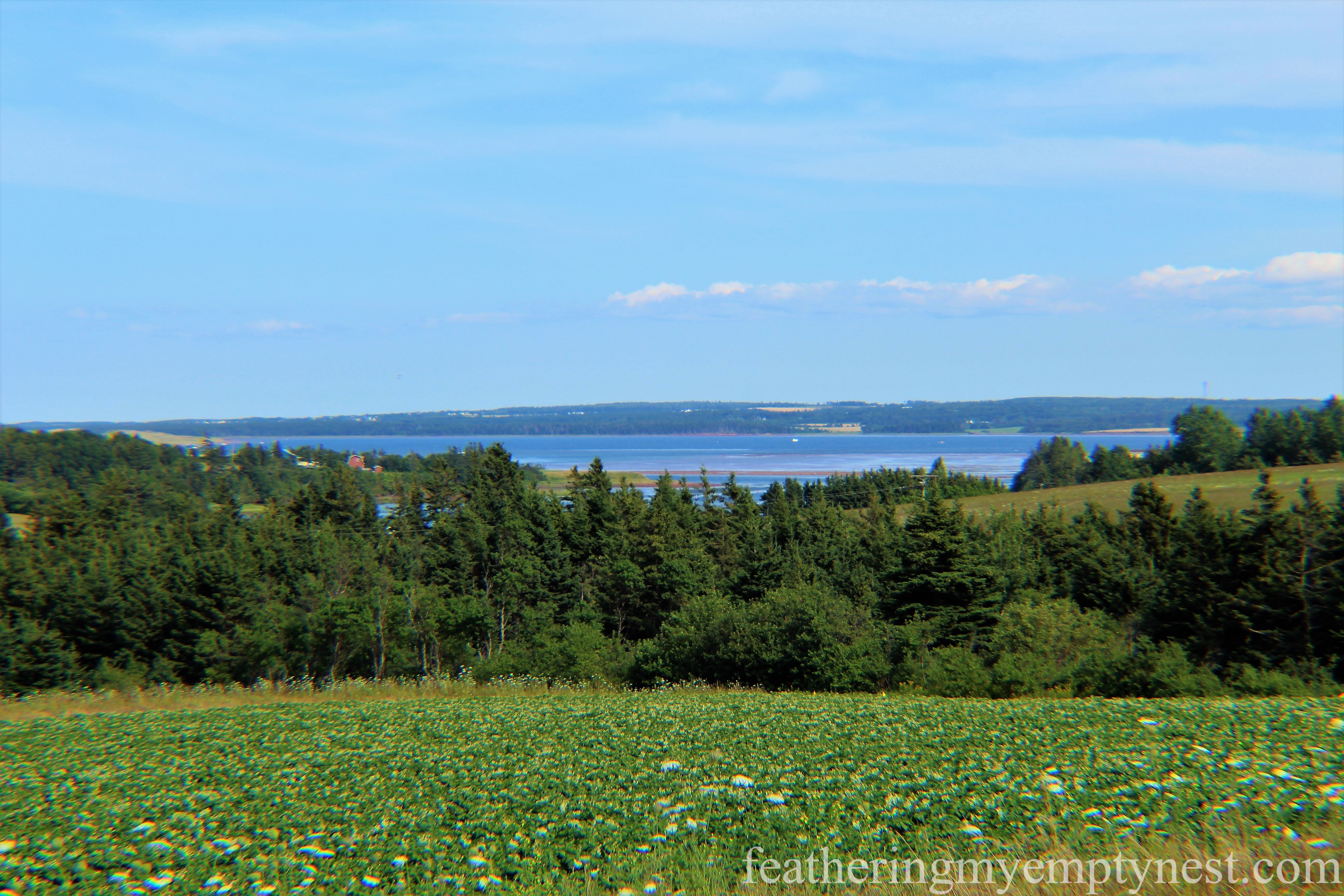 We toured several lighthouses and spent an hour or two soaking up the sun on the pristine white sugar sand of the uncrowded Greenwich Beach. 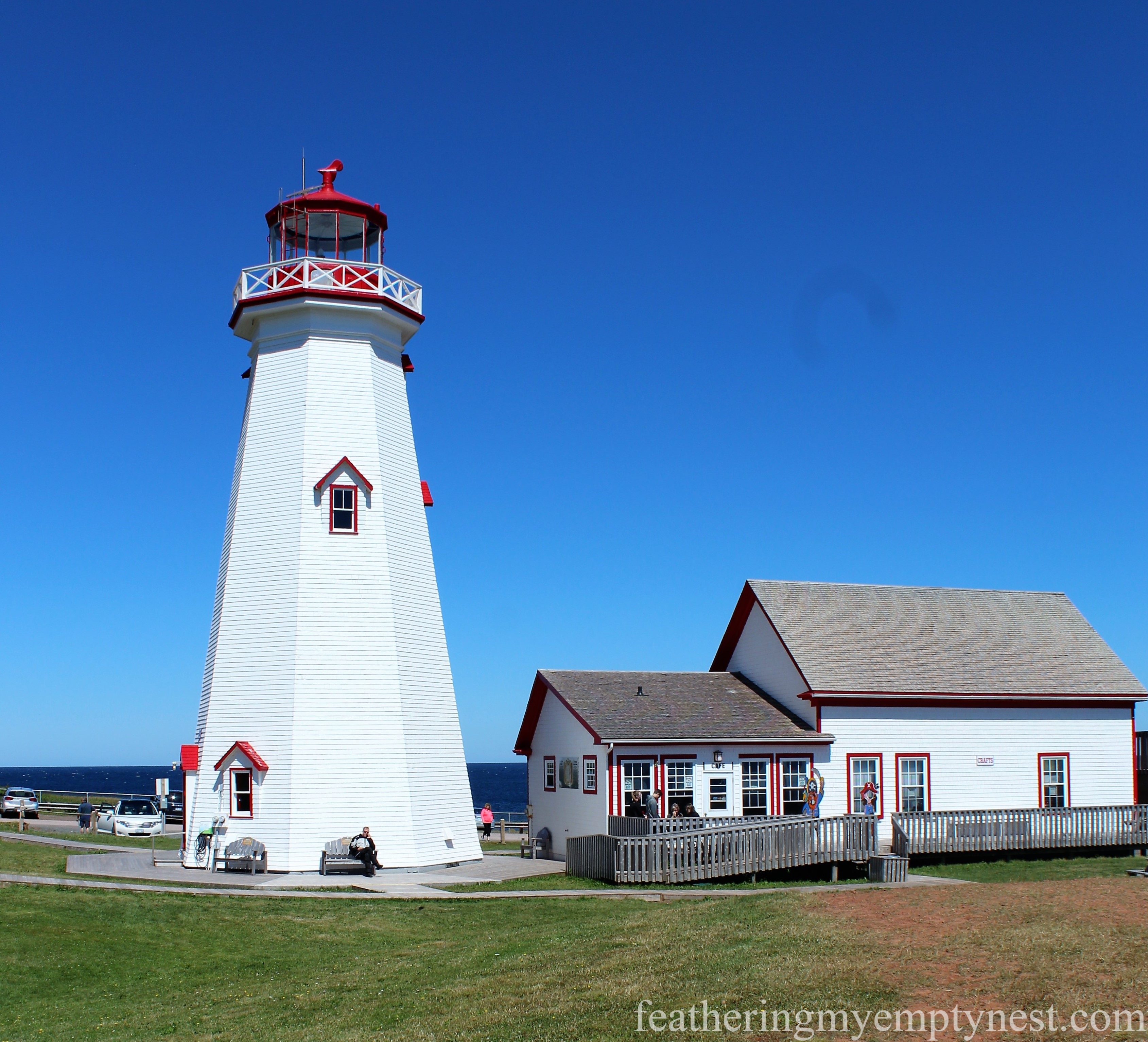 We climbed to the top of the East Point Lighthouse, which was built in 1867 and is 64 feet tall. 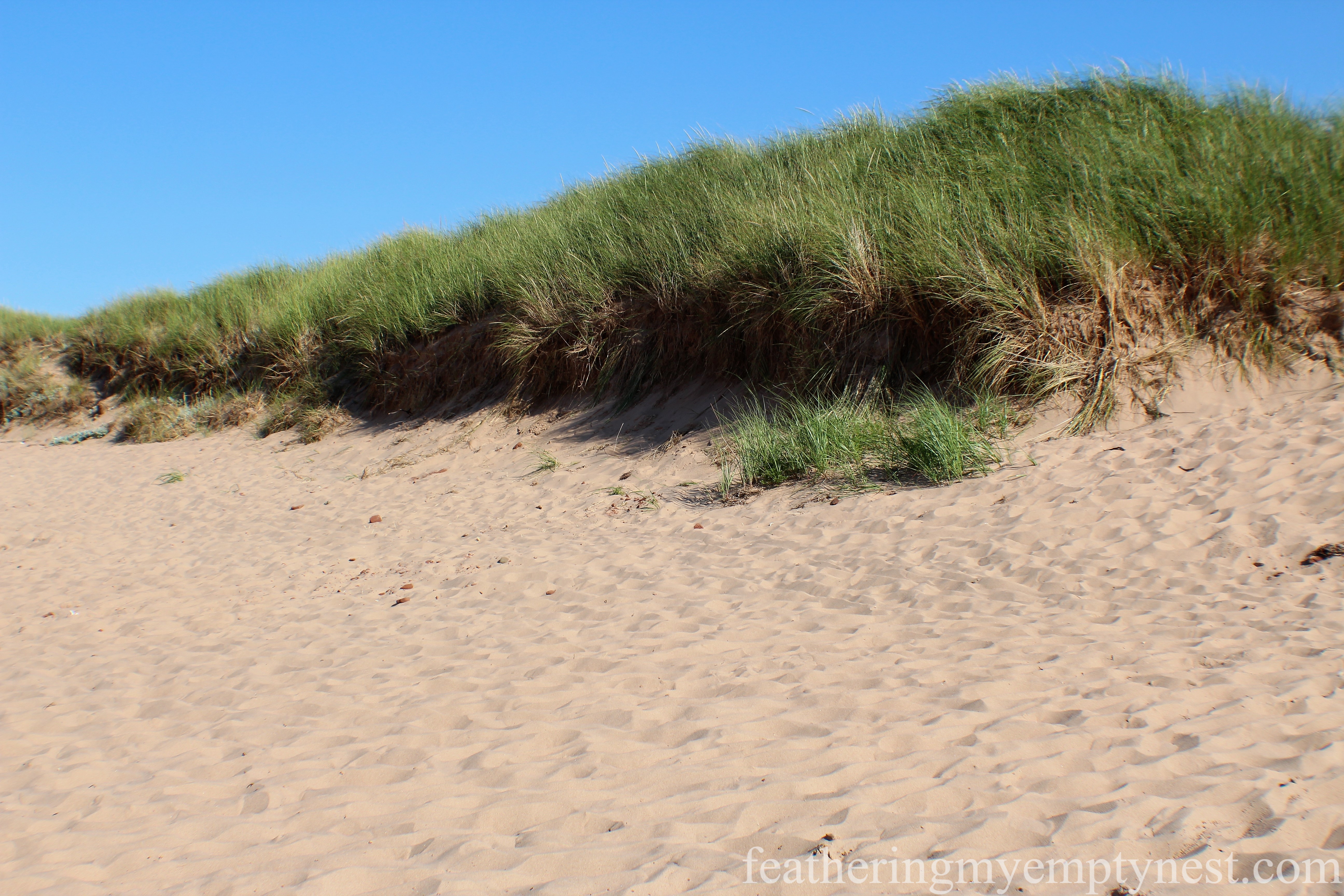 The next day we drove down to Charlottetown, which is the capital of P.E.I. There we checked into the charming Fairholm Inn. The inn, which was built as a private home in 1838, has been restored to its former glory and is now a registered National Historic Site.

After stowing our luggage, we grabbed some lunch and then took a carriage tour of the city. The highlight of the tour was St. Dunstan’s Basilica.

Inspired by St. Patrick’s Cathedral in New York City, the current stone Roman Catholic cathedral was completed in 1919 and is built in the French Gothic style. The focal point of the interior is the gleaming 14-foot Rose Window which presides over a 37-foot high altar. 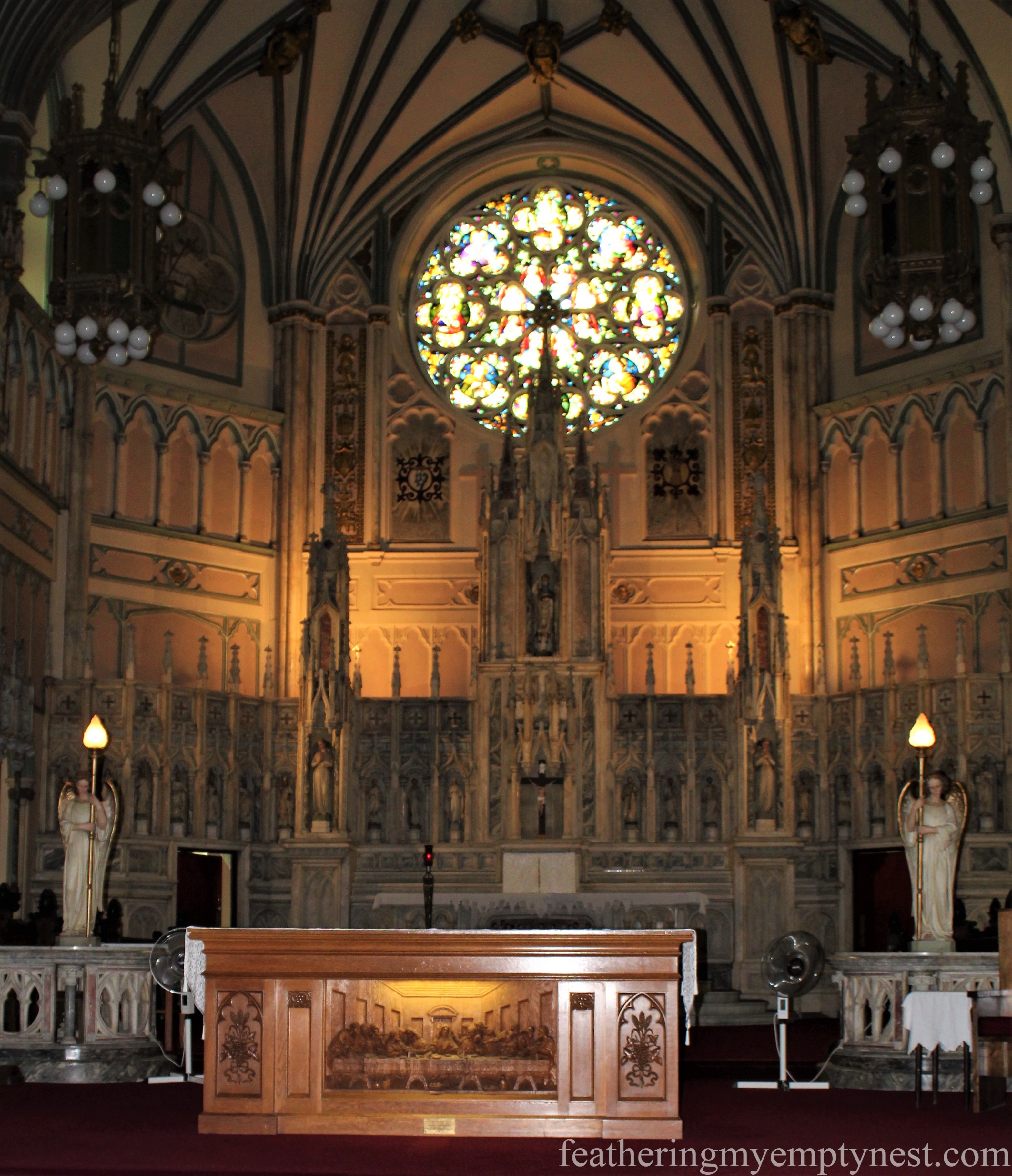 The arched ceiling is also impressive as it is decorated with intricately carved emblems depicting important symbols of the church’s mission.

That evening we attended a fun production of “Anne and Gilbert,” which is a musical about the romance between Anne of Green Gables and her grade-school rival, Gilbert Blythe. The musical put us in the right frame of mind when we made the pilgrimage to Green Gables the next day.

L. M. Montgomery never lived at this farm. But the house and surrounding land, which was actually owned by L. M. Montgomery’s cousin twice removed and his wife, served as the inspiration for the fictional “Green Gables.” 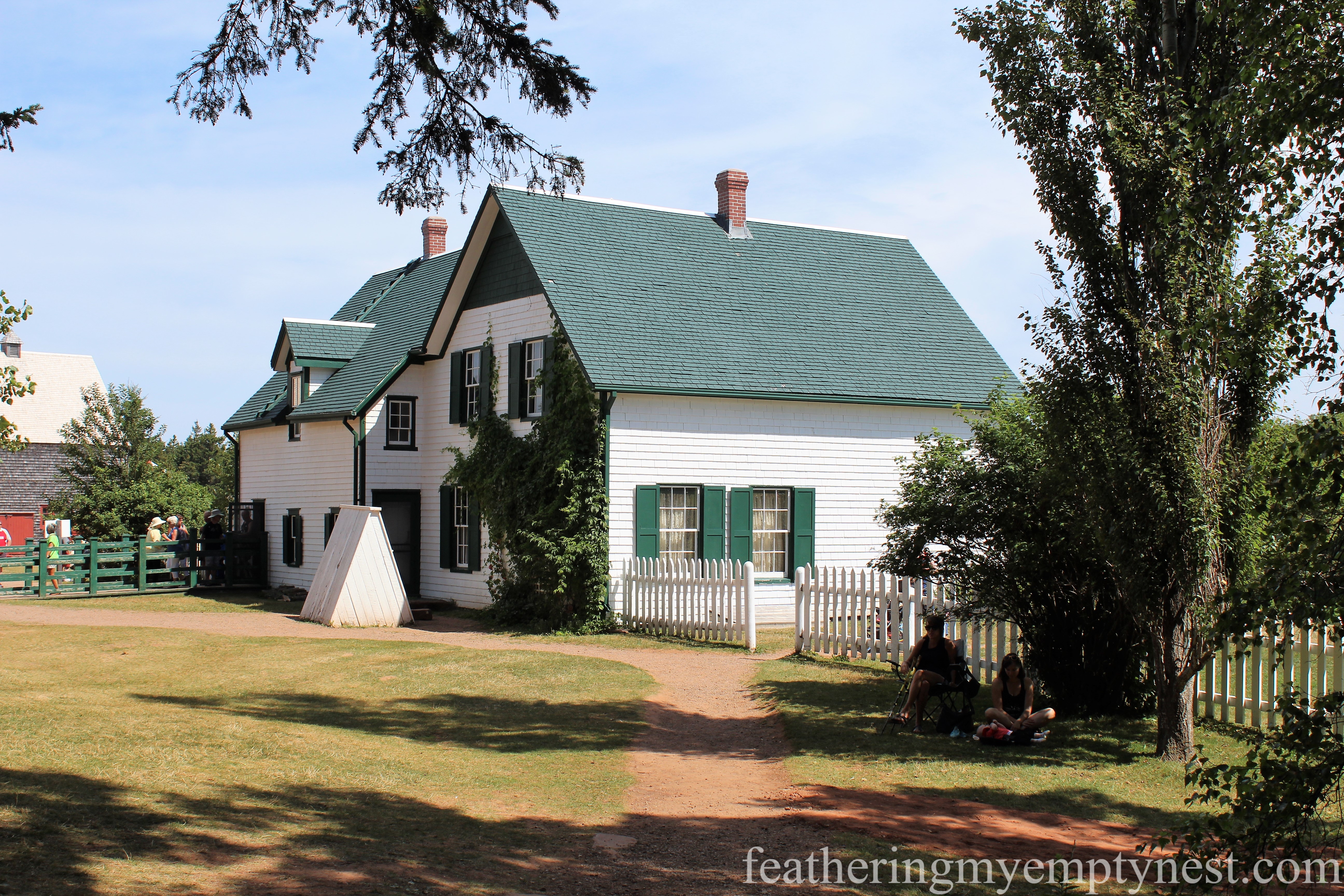 Today the interior of the home is styled the way Montgomery described it in her book and is in keeping with the late Victorian period in which the novel was set. 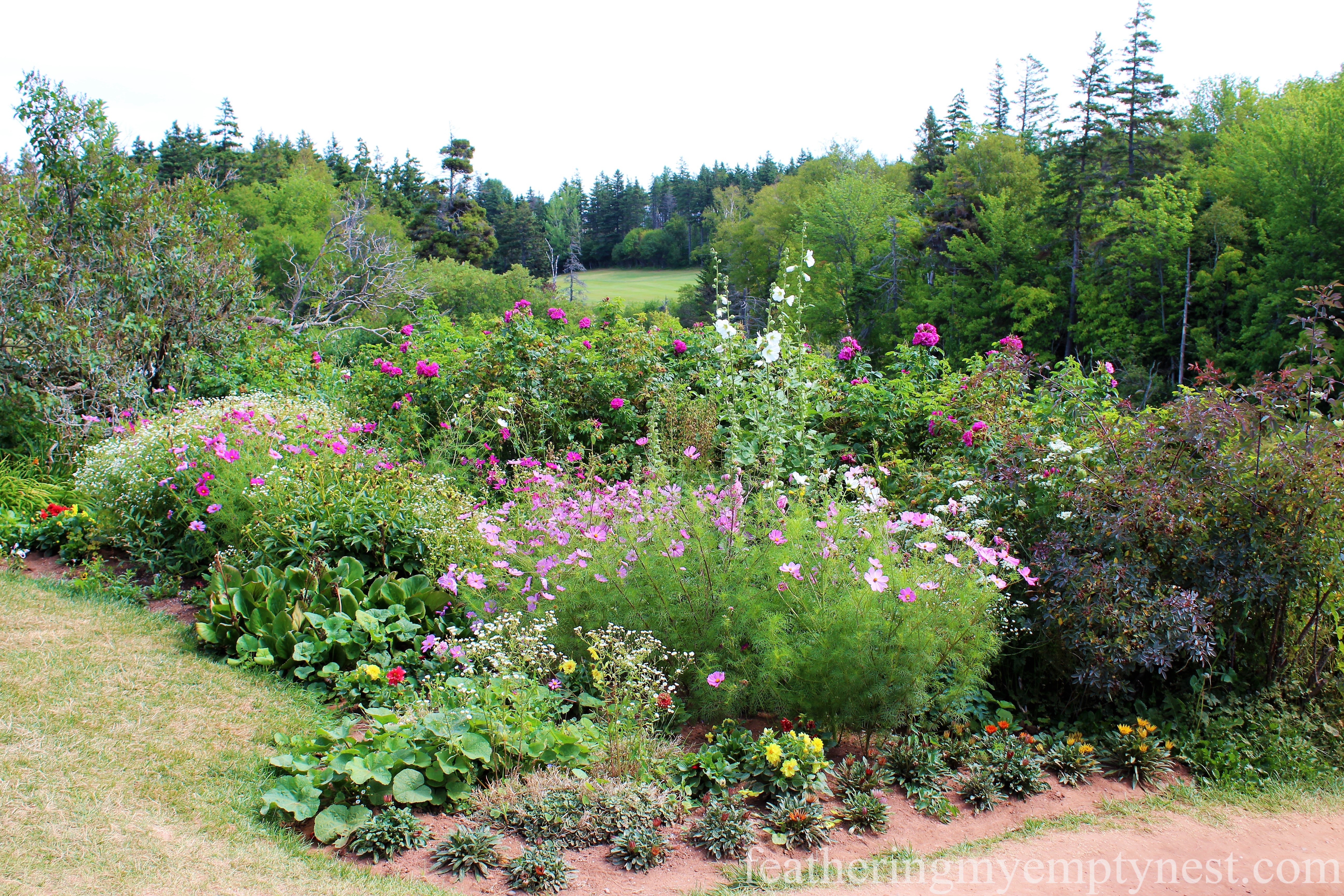 Once we experienced all that Green Gables had to offer, we went in search of lunch. We found lunch and so much more at the Dunes Studio Gallery and Cafe. The large gallery features a collection of over fifty different Canadian artists’ work in a variety of different media. We were able to browse the gallery while we waited for our table at the fine dining restaurant. After our excellent meal, we took a stroll through their extraordinary and expansive garden which is planted with a dazzling array of flowers, plants, and sculpture which is for sale. The Dunes is another must-do when you visit P.E.I. 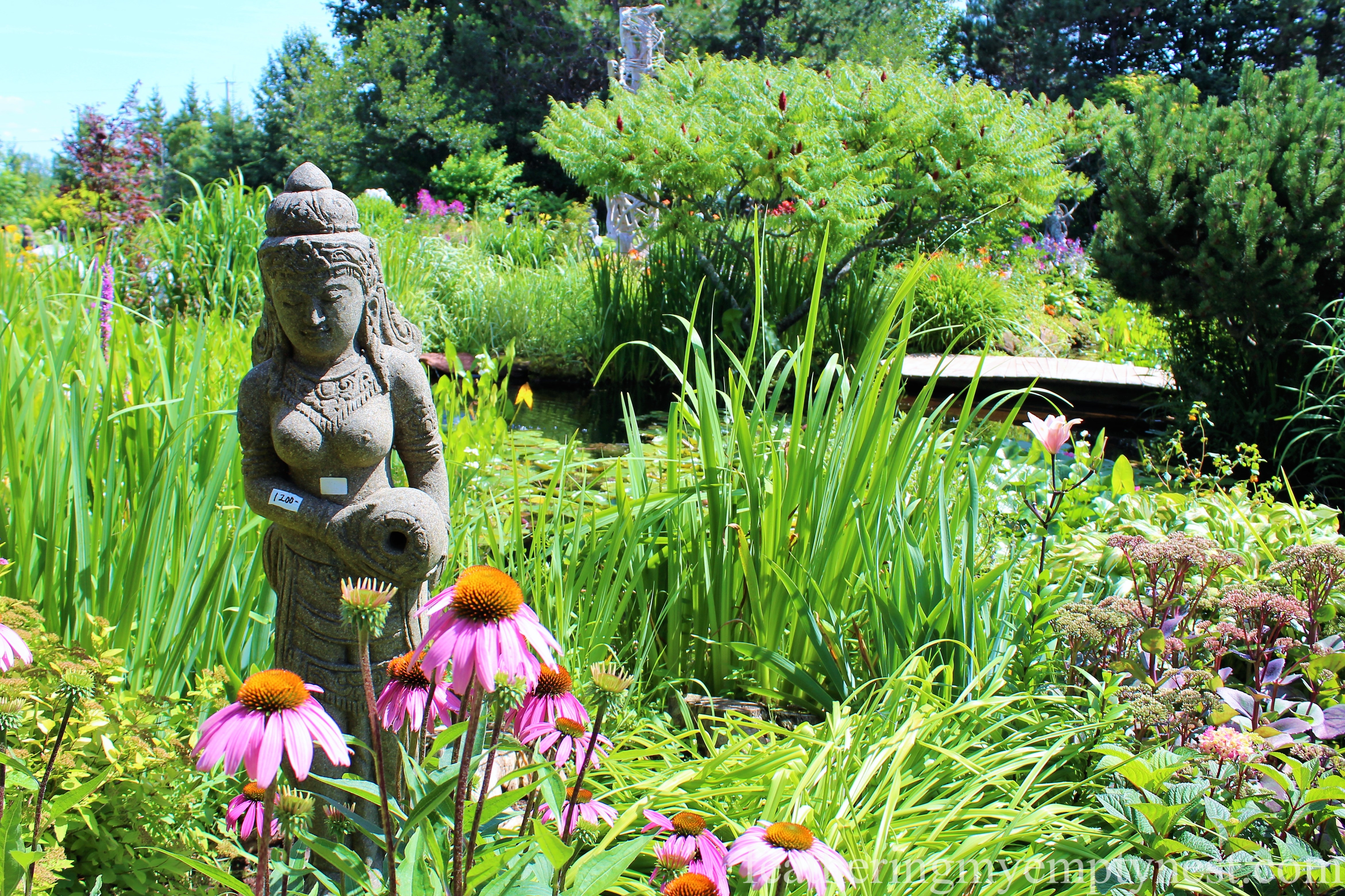 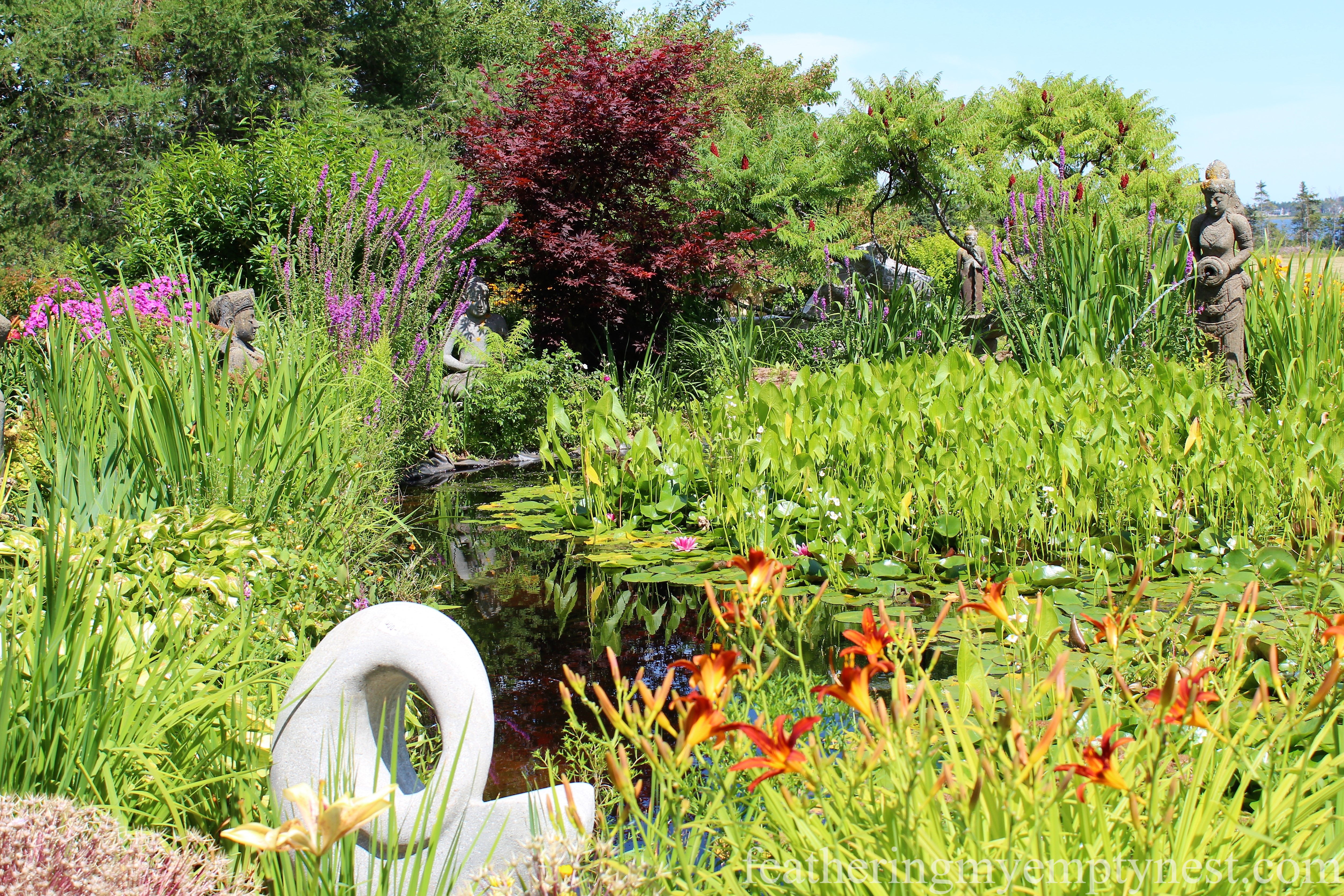 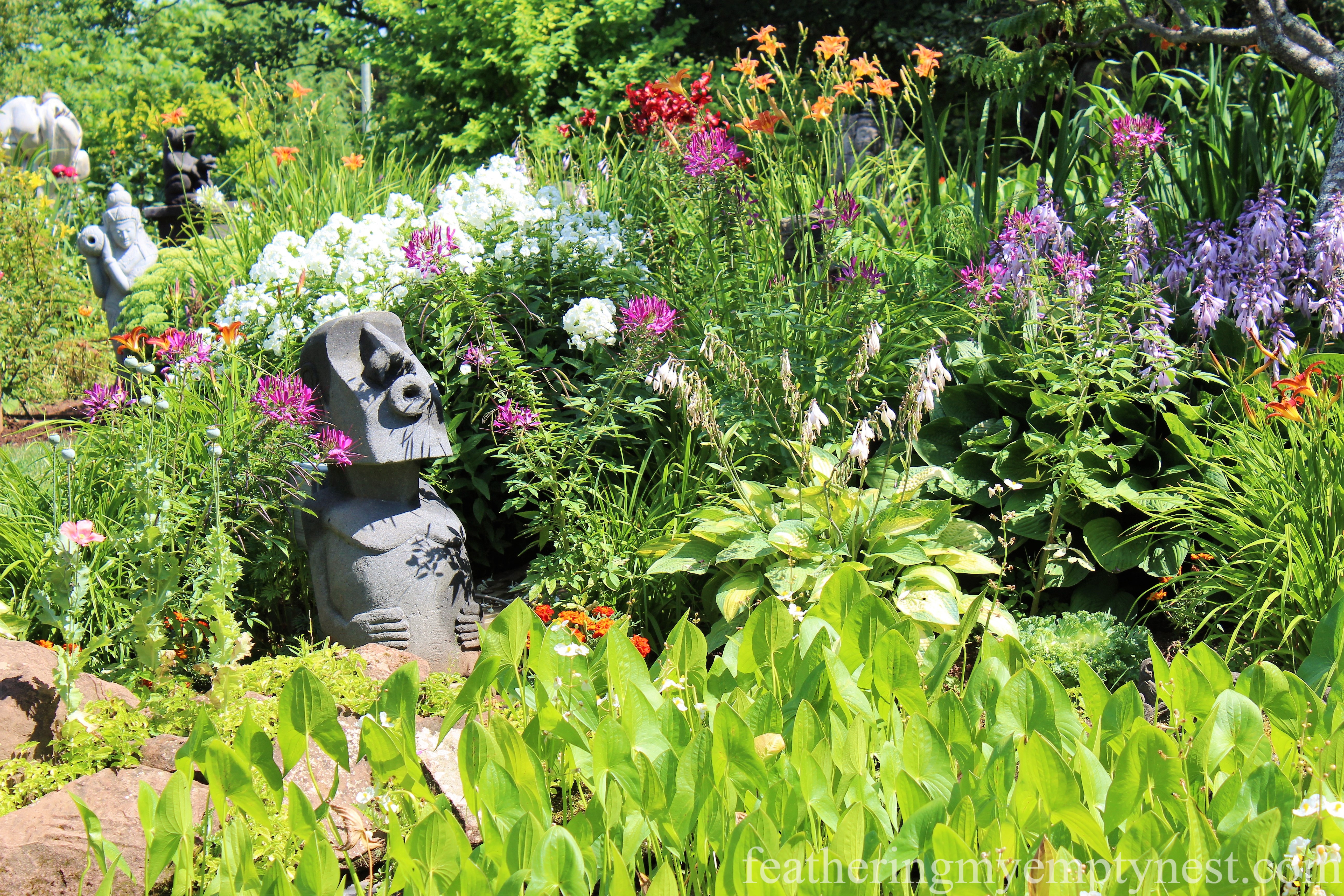 After gorging our senses at the Dunes, we continued to drive around and explore the island. One of the last things we saw before we headed back to Charlottetown was this kooky little bottle village, located in someone’s backyard. My husband didn’t really get it, but I was thoroughly charmed. 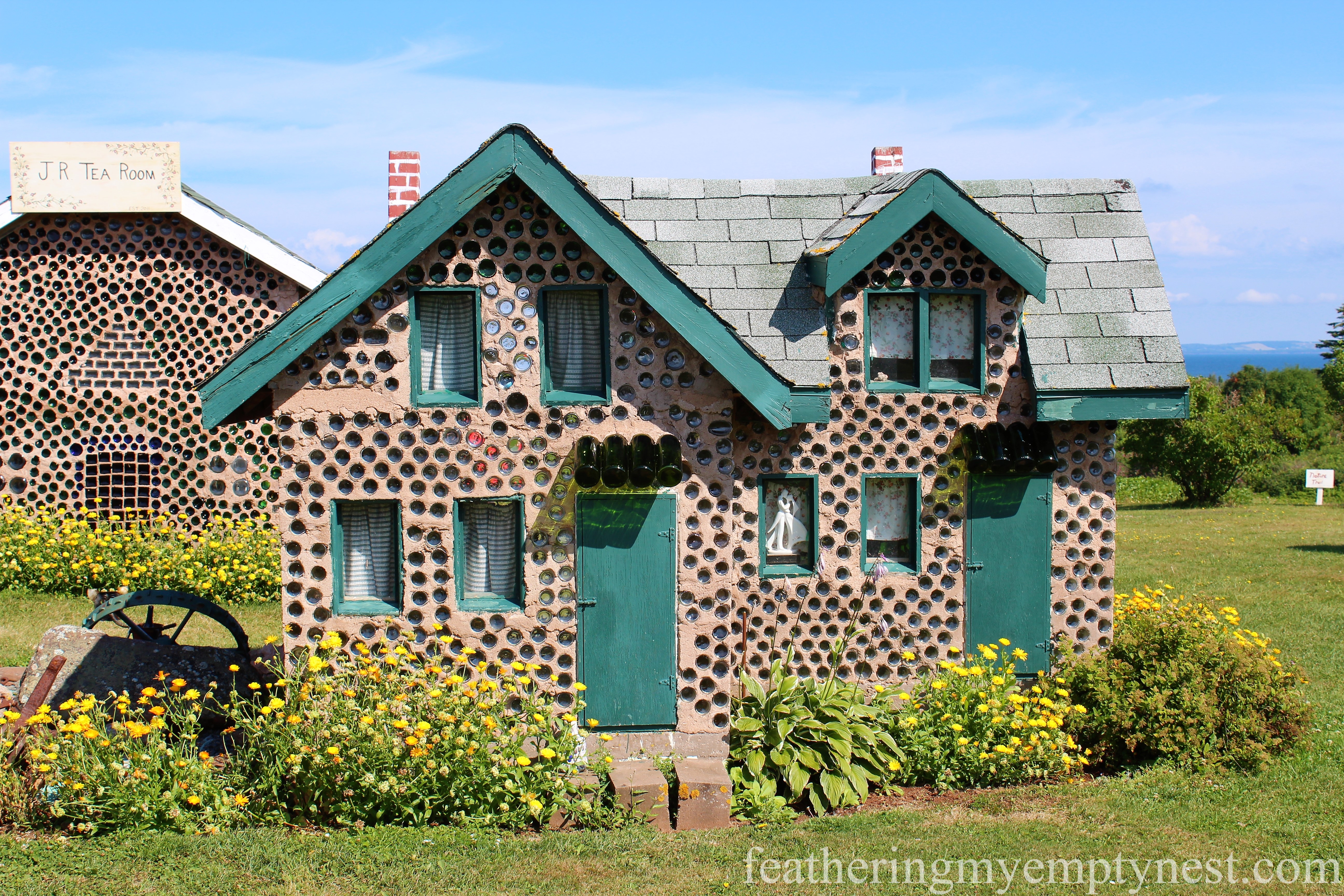 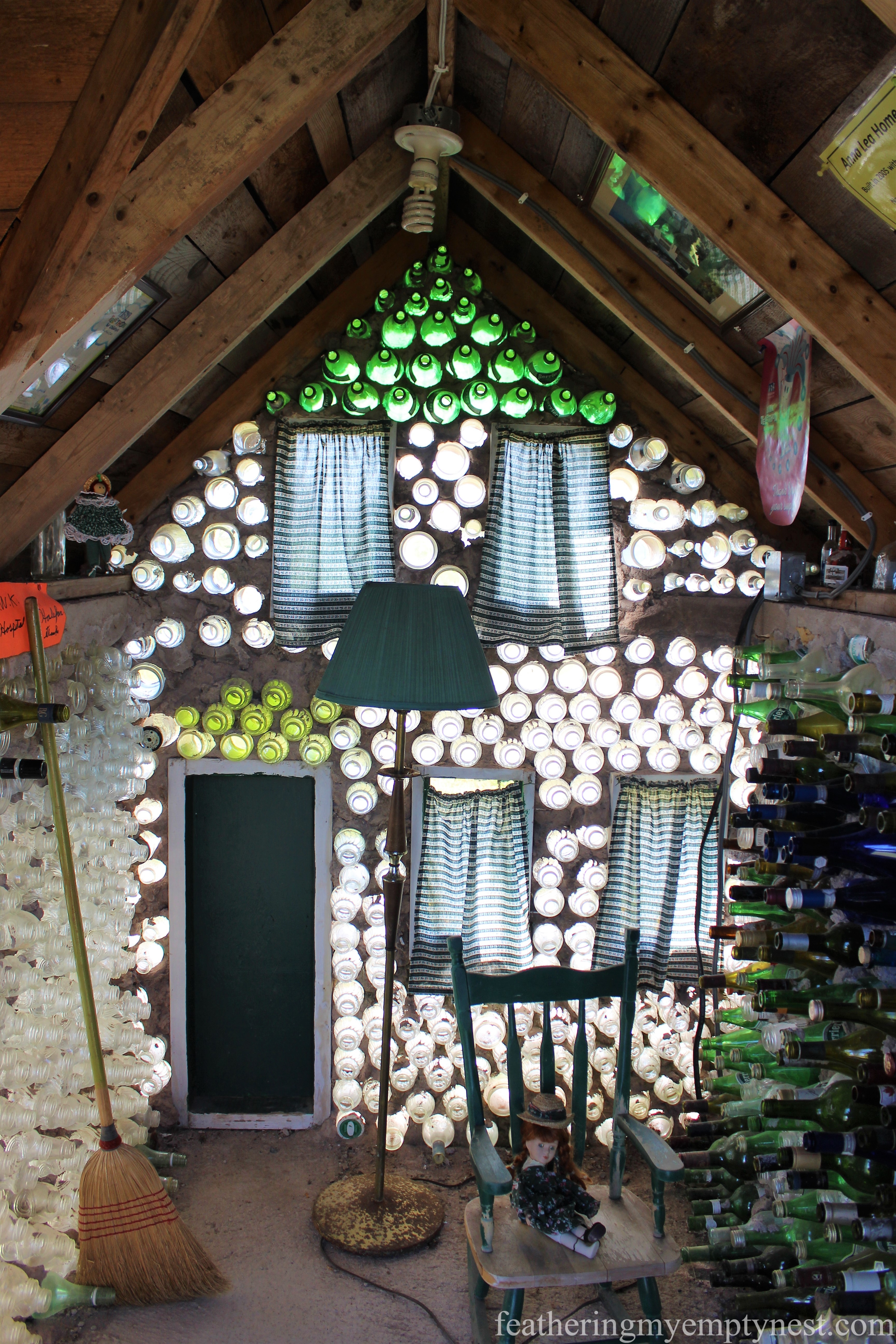 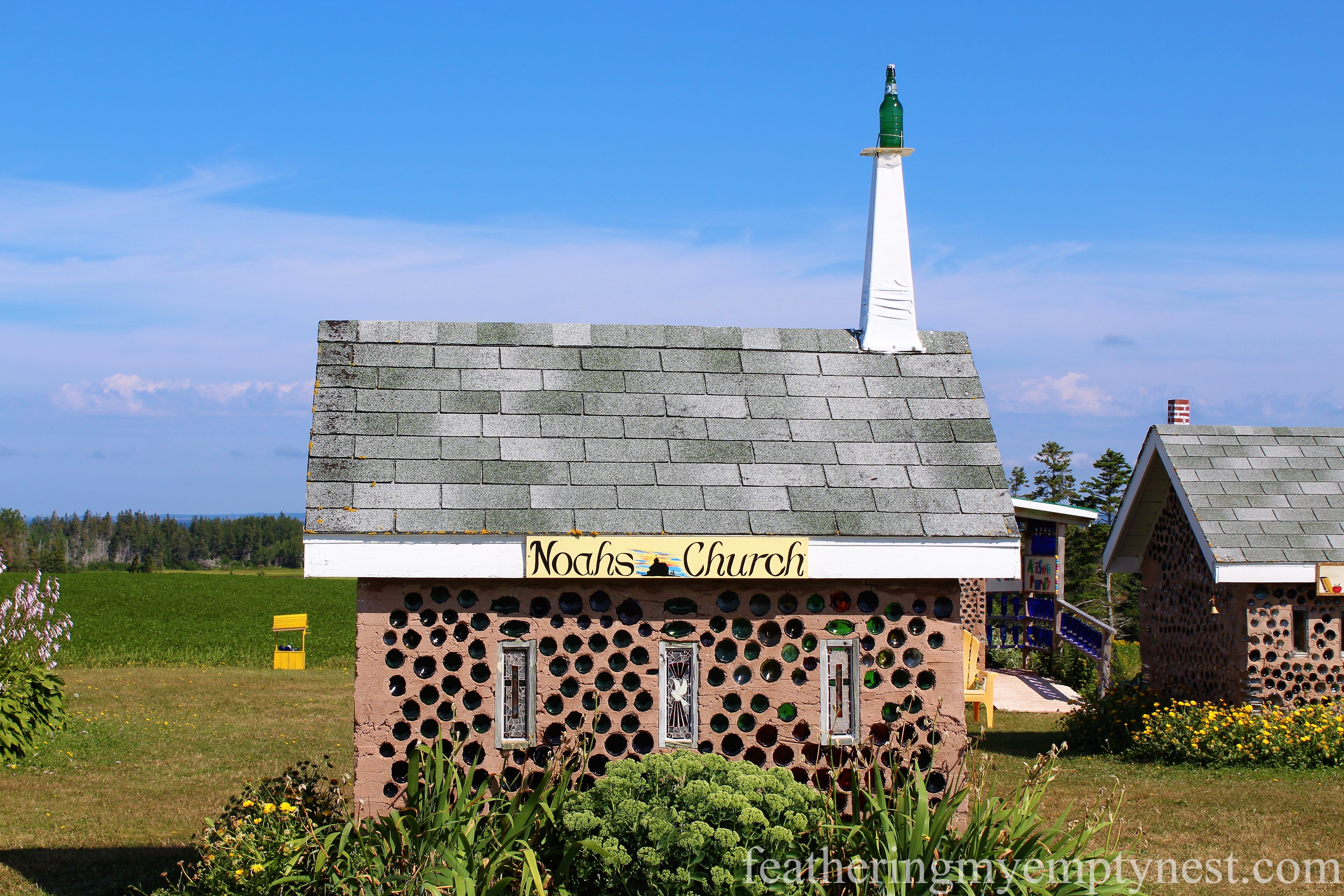 We ended our trip with a romantic dinner in Charlottetown at the Dundee Arms Inn Restaurant. They have a large outdoor dining space, but we elected to eat inside. The food was not particularly memorable, but we enjoyed having the cozy dining room nearly to ourselves. It gave us an opportunity to look through our photos and reminisce about our favorite places on the island.

The third book in the Anne Of Green Gables series is called “Anne Of The Island.” And like Anne, I fell completely in love with P.E.I. Since we didn’t have an opportunity to explore the Northern end of the island, I will definitely make a point of returning. In fact, we were so enchanted with Canada’s smallest province that we are considering actually buying property there –you can just call me Lisa Of The Island.