This post feels a bit like it’s the first day of school, and I am giving a report on what I did over my summer vacation. But I was so blown away by the beauty we encountered on our trip to the picturesque and wonderfully temperate (especially compared to steamy North Carolina) provinces of New Brunswick and Prince Edward Island that I just had to share it with you.

Unfortunately, traveling to Canada was a bit like that movie, “Planes, Trains, and Automobiles,” without the comic relief of Steve Martin and John Candy. We flew from Charlotte to Toronto, and then, because of bad weather, our flight to Moncton, New Brunswick, was delayed numerous times. Because of this fun-filled sojourn in the Toronto airport, we didn’t arrive in Moncton until 1:30 a.m. From there, we rented a car and white-knuckled it through the fog and pouring rain to the quaint little town of St. Andrews By The Sea, where we finally checked into The Algonquin Resort bone-weary and bleary-eyed at 5 in the morning.

Because we went straight to bed, we didn’t appreciate the beauty of the historic Tudor-style Algonquin Resort until we emerged from our bed later in the afternoon. The impressive Algonquin Hotel was Canada’s first seaside resort, opening its doors to guests in 1889. In addition to luxurious rooms, the hotel offers an indoor pool and waterslide, a private beach, a rooftop garden with panoramic views of the Passamaquoddy Bay, fire pits for making smores, and a boat-load of ghosts.

Yep, I said ghosts. Apparently, the Algonquin is considered to be the most haunted location in the province. People have reported seeing a spectral bellhop carrying bags to and fro in the lobby. There are also stories about a waitress in turn of the century garb who clears tables in the dining room. And most disturbingly, people have reported seeing and hearing the ghost of a jilted bride sobbing in one of the guest rooms. Now, in the interest of full disclosure, we did not encounter any ghostly apparitions (unless you count my husband’s wraith-like appearance after being up for 24 hours). However, having been scared to death by the “Shining,” I was not unhappy to be spared a visitation. “Redrum,” yikes!

The first place we visited, once we recovered from our travels, was the Kingsbrae Garden. This stunningly beautiful 27-acre garden is within walking distance of the Algonquin. It was created by John and Lucinda Flemer on the grounds of their former estate. And it is now an award-winning showcase for 2500 species of perennials, shrubs, and trees. It also boasts a real working Dutch windmill, two ponds, a labyrinth, adorable alpacas, strutting peacocks, and many themed gardens, including a remarkable sculpture garden. Since I have no idea how to describe the loveliness of this amazing garden, I will let my pictures do the talking. 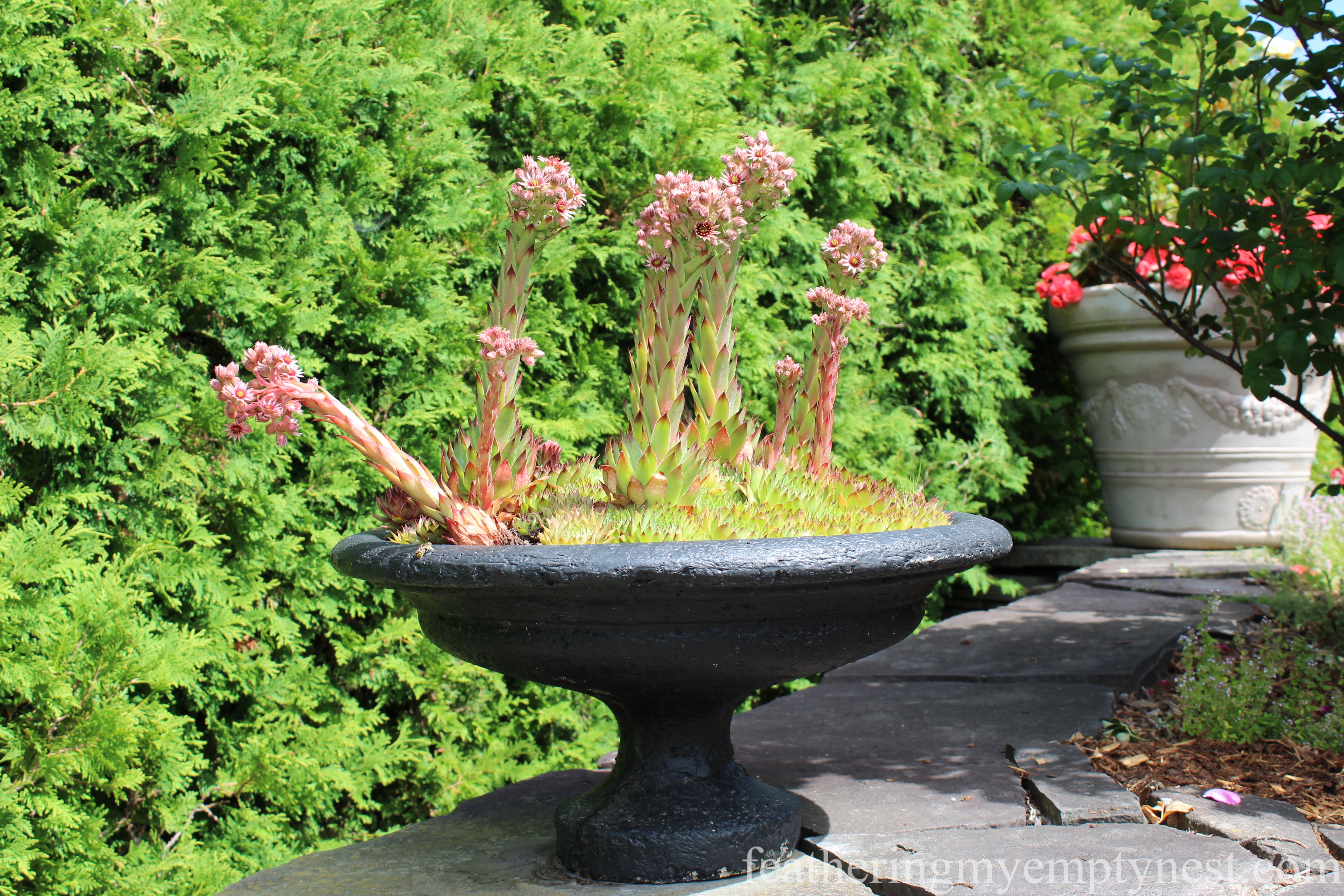 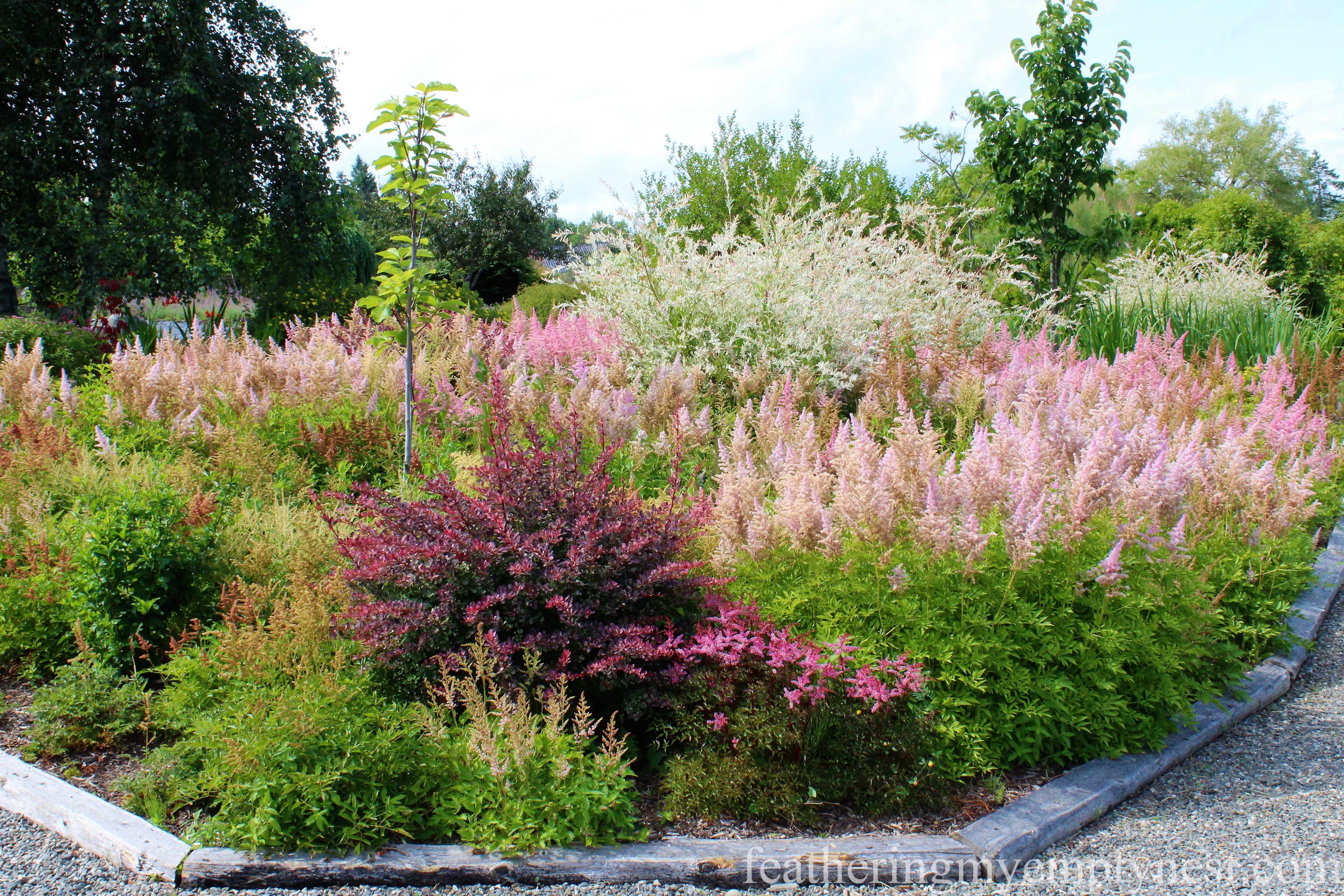 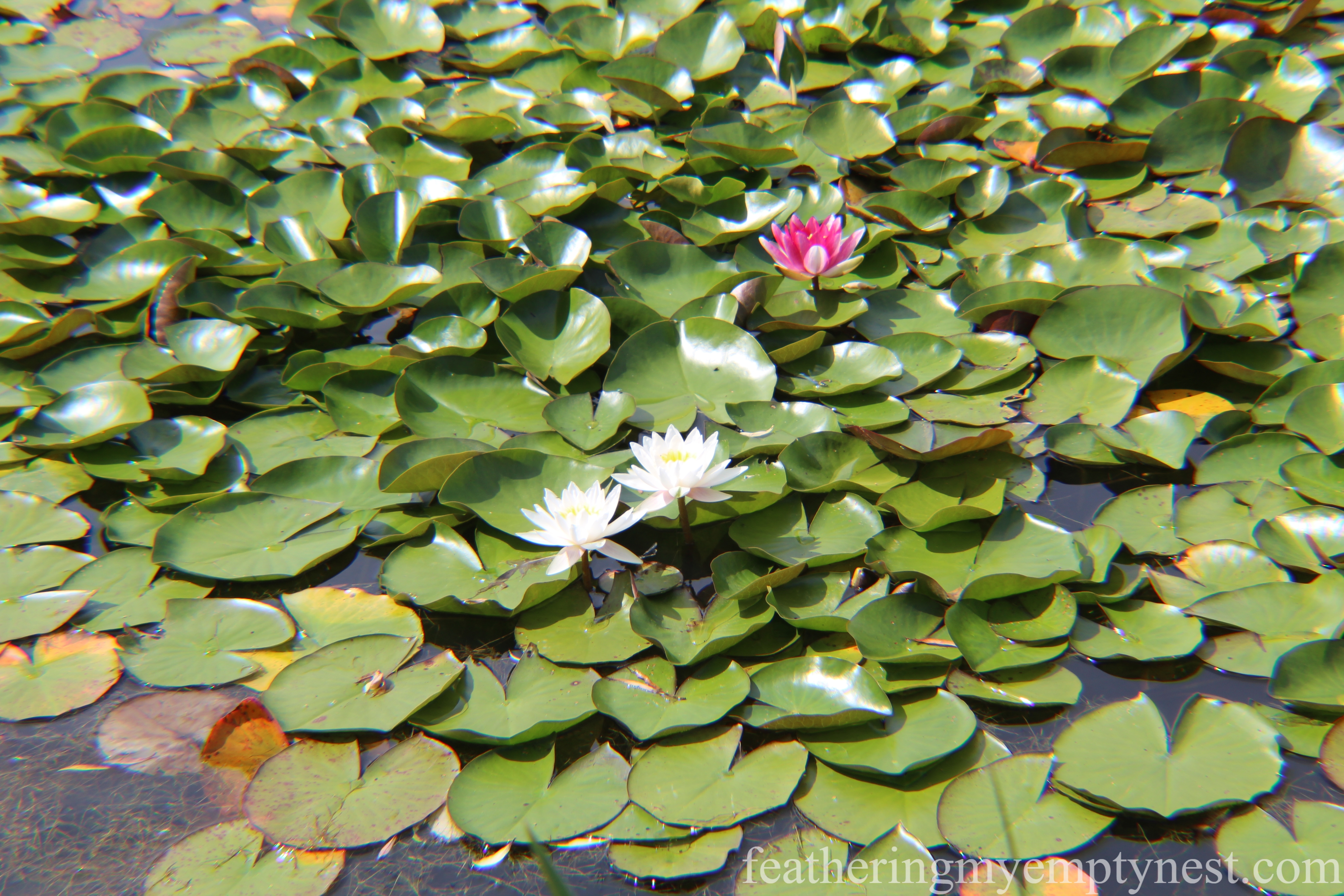 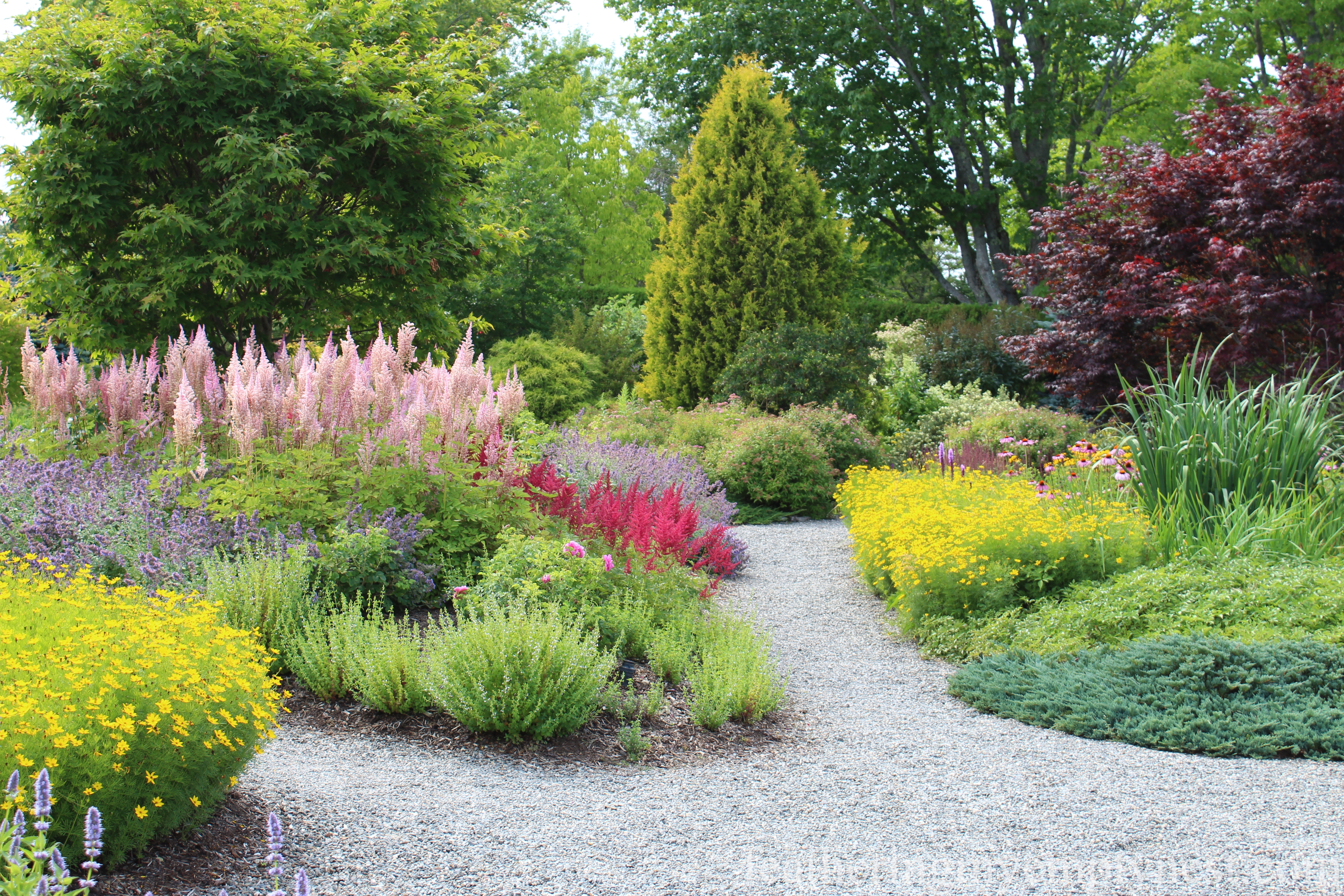 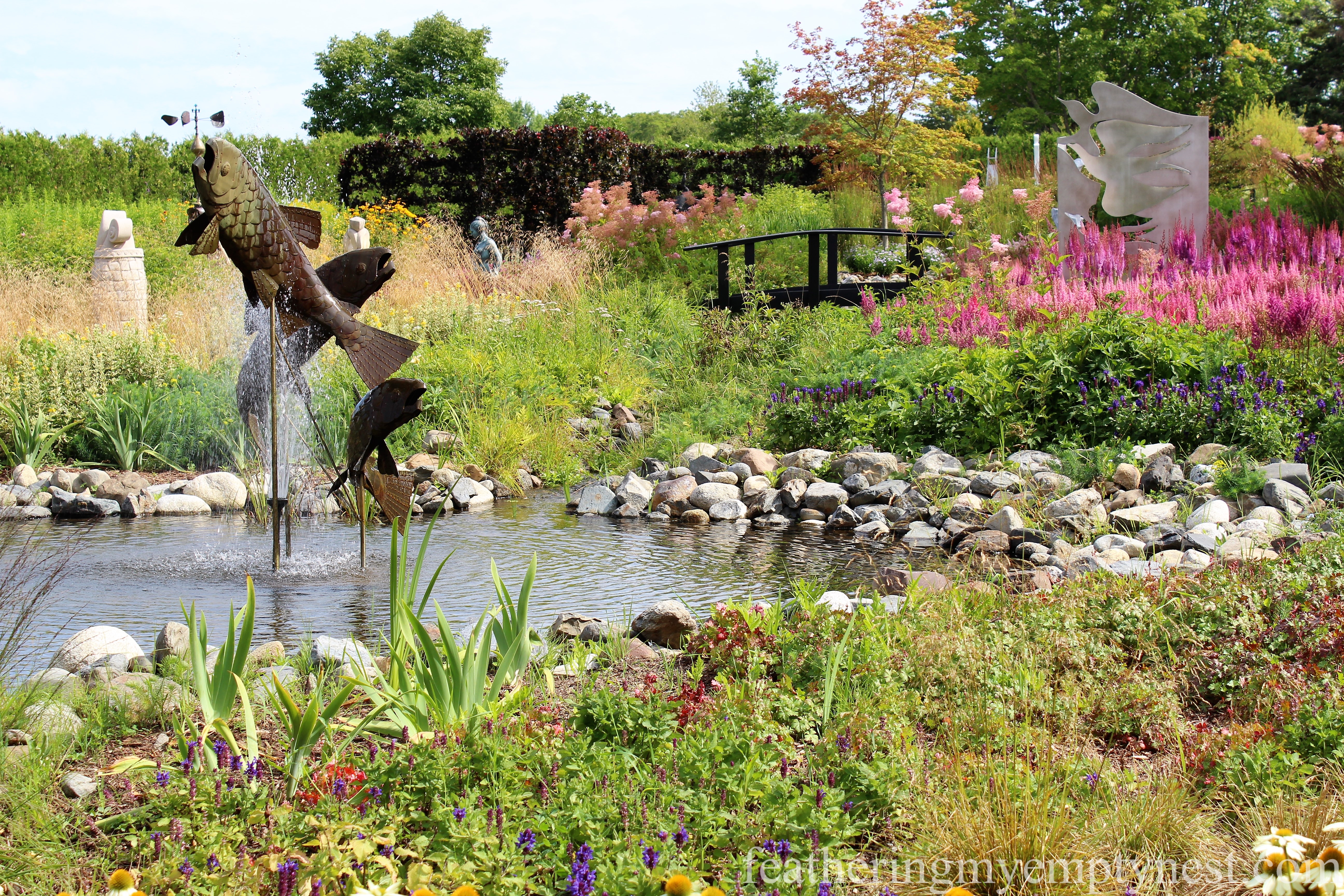 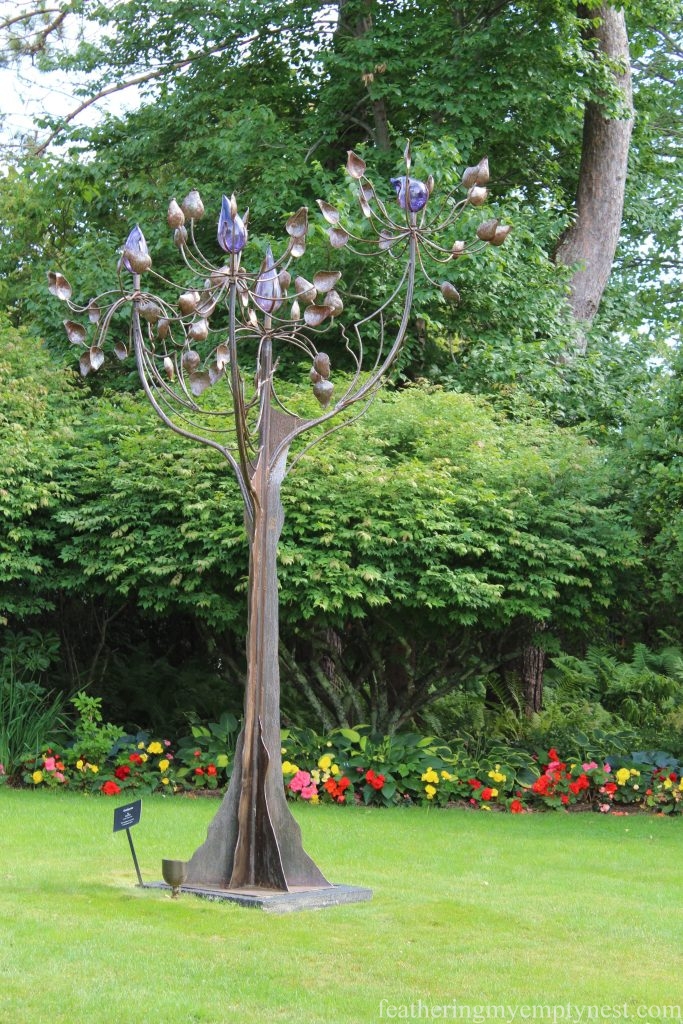 After spending a delightful afternoon in the garden, we ventured down to the Harbor Front Restaurant for dinner, where we had an up-close view of Passamaquoddy Bay. And I indulged in a large cold gin and tonic and a heaping plate of golden fried fish and chips. Pleasantly tired and full, we headed back to the Algonquin for a good night’s sleep. “I ain’t afraid of no ghosts!” 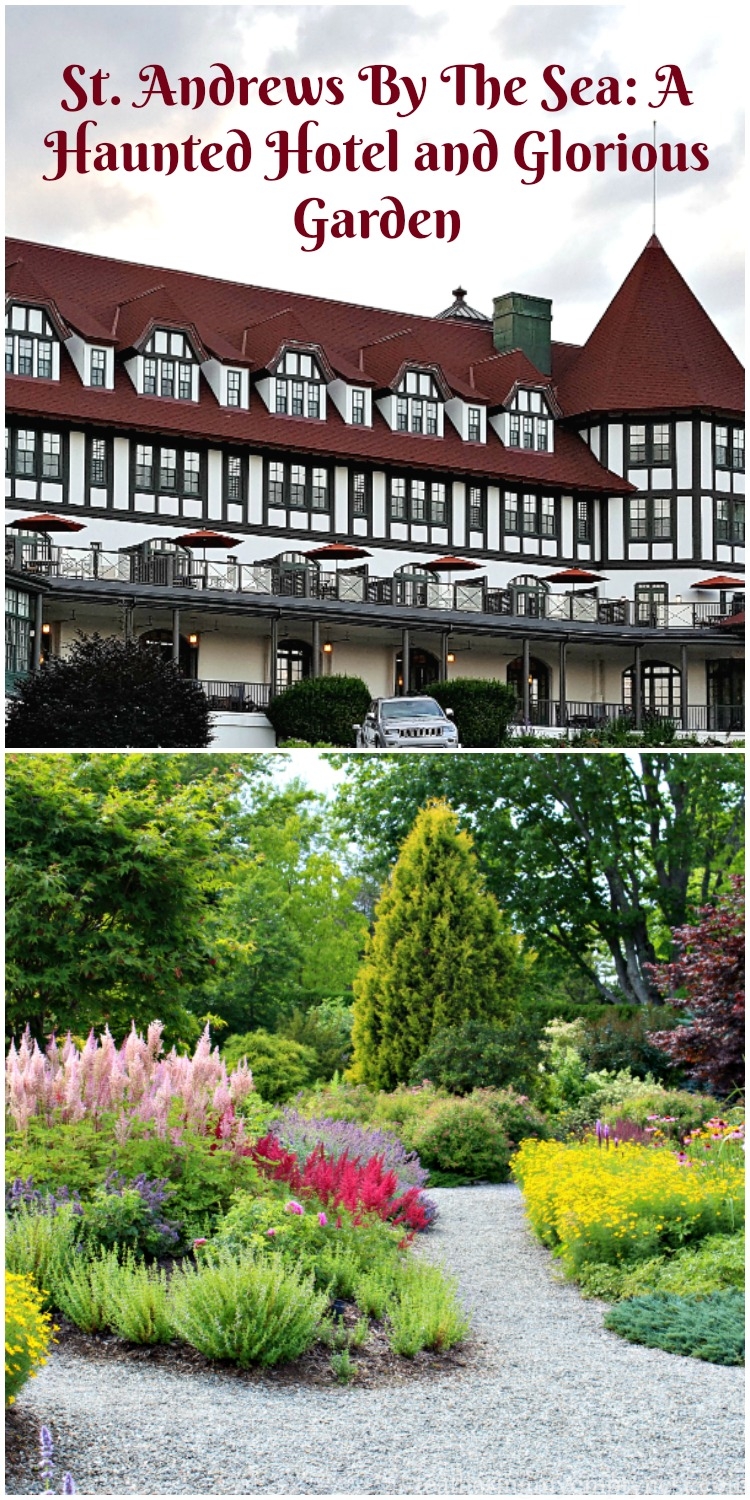 28 thoughts on “St. Andrews By The Sea: A Haunted Hotel and Glorious Garden”