Thomas Jefferson’s home, Monticello, was the third and last stop on our History Geeks’ Founding Fathers Home Tour (Check out History Geeks Tour Part I Mount Vernon and Part II Montpelier). Our tour was scheduled for 2 p.m. However, when we took the shuttle from the visitor’s center up to the house, we discovered that instead of keeping to a tour schedule, they were just queuing up everyone (regardless of the time on their ticket) in a very long line. I don’t know if the crowds are typical on all weekends or if they were particularly large because it was Memorial Day weekend. Whatever the reason, unfortunately, the mob scene caused the guides to move people through the house at a breakneck pace. I had visited Monticello years before and remembered having a much more informative and detailed tour. 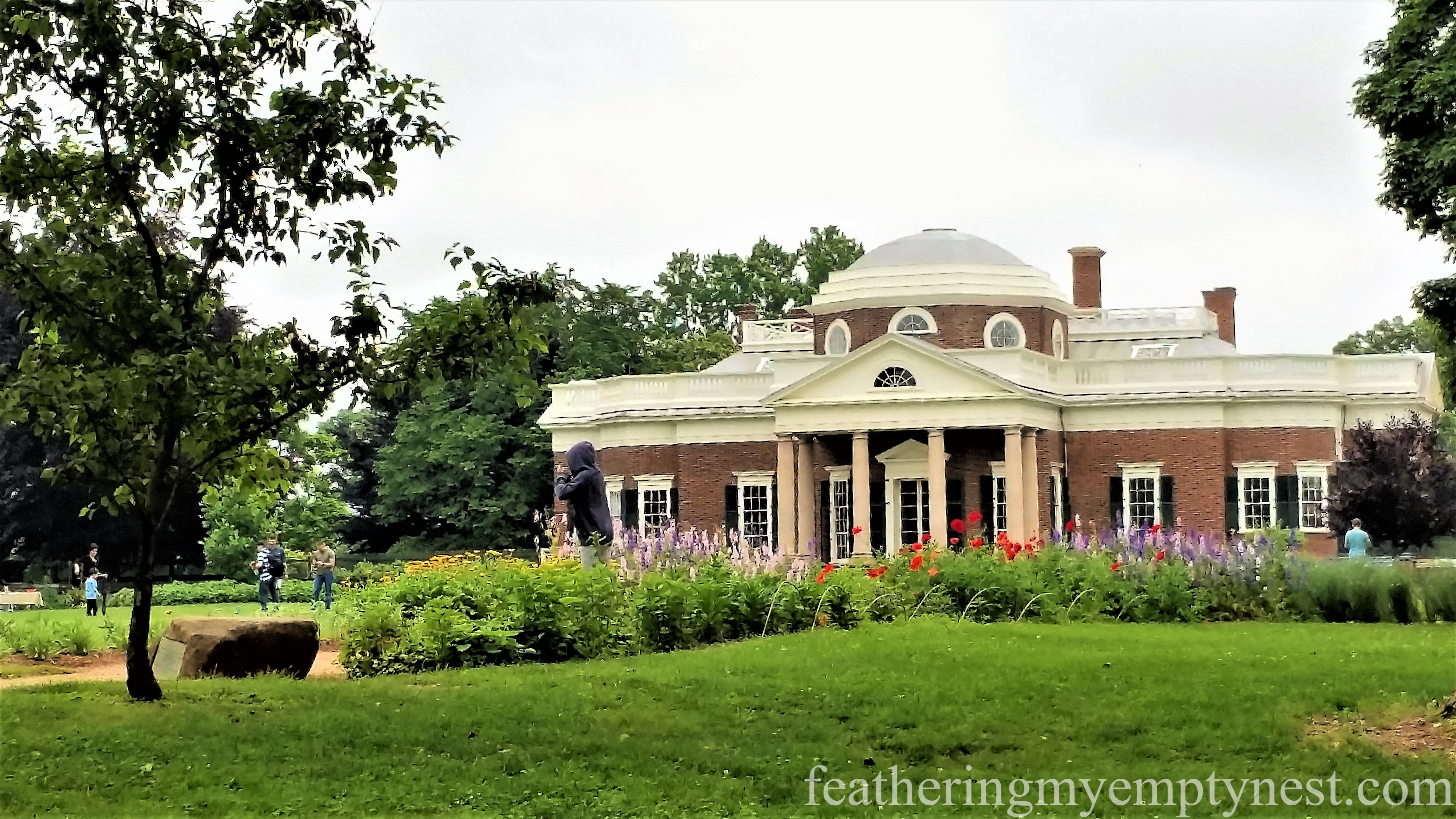 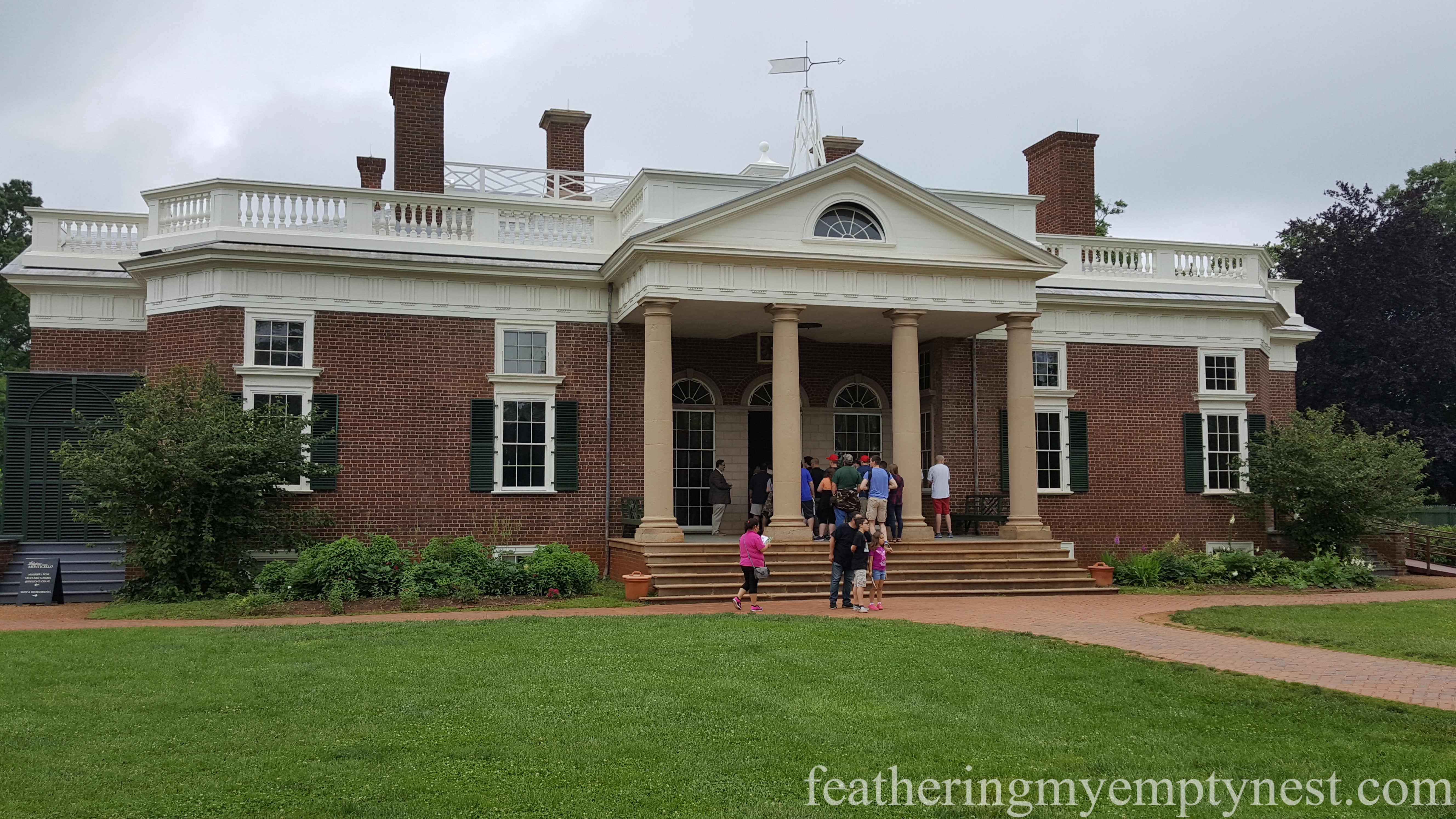 Despite getting the bum’s rush, Monticello doesn’t disappoint. While both Washington and Madison developed plans for their homes, Jefferson actually served as his own architect. Even though he had no formal training, he designed and supervised the building of the spectacular Neoclassical Palladian style plantation home himself. Monticello (meaning “Little Mountain”) sits atop 5,000 acres that he’d inherited from his father outside of Charlottesville, Virginia. Construction on the house began in 1768 and took more than four decades to build, consisting of two different major building projects. The second version of Monticello, which doubled its size and added the iconic octagonal dome, began in 1798 when Jefferson returned from his stint as Ambassador to France. Finally completed in 1809, Monticello boasts three stories and a total of 43 rooms. 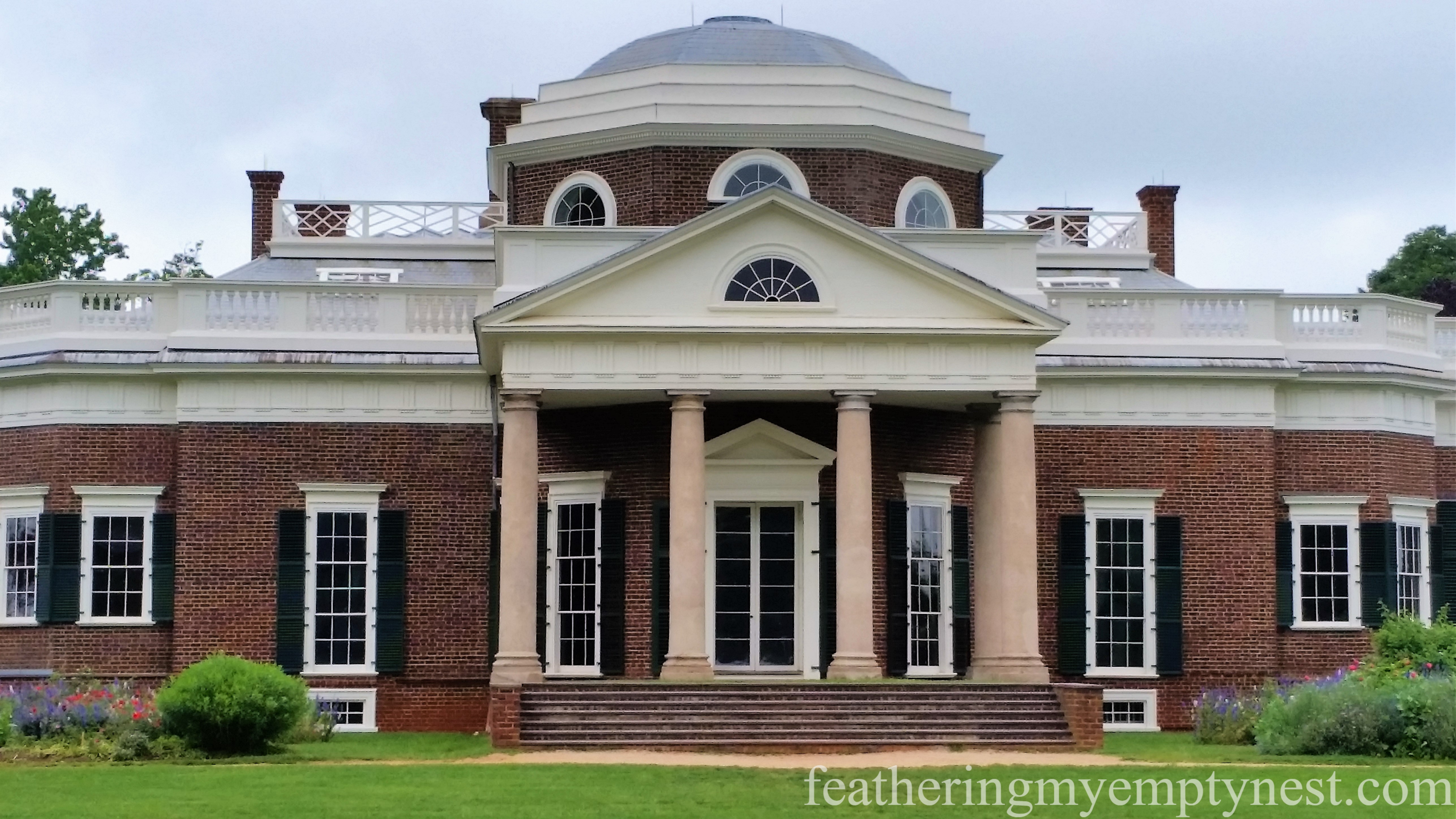 Touring Jefferson’s home, you can’t help being awed by the architectural detail and innovation that are packed into every space. I was particularly fascinated by the different and elaborate entablature that crowns each room.

My favorite room is the study or cabinet room because the skylight, ventilation portholes, revolving book stand, alcove bed, and many other inventive artifacts make it a treasure trove of Jefferson’s clever and unique design ideas.

After completing the home tour, we explored the tunnels under the mansion which contained the kitchen, wine and beer storage, ice house, and served as a passageway for the enslaved people providing food, linens, and supplies to guests of the home. This space features a “servant bell” and a wine dumbwaiter.

Following our visit to the tunnels, we ventured down to Mulberry Row. Mulberry Row was the hub of the plantation in Jefferson’s time, consisting of 20 buildings that housed workshops, storehouses, and living quarters for both enslaved and employed workers. Only four of the buildings remain today, but on-going archaeological investigation of the site and its artifacts is working to restore more of the original structures in the future.  An “Enslaved Peoples Tour” which highlights the Hemmings family (Sally Hemmings is widely believed to be the mother of six children fathered by Jefferson) is available. Like the other Founding Fathers, it is very difficult to reconcile the man who wrote, “We hold these truths to be self-evident, that all men are created equal,” with the slaveholder. It is unfathomable to me how someone who wrote so passionately about freedom could profit from and perpetuate the loss of freedom of so many people on his own plantation.

Mulberry Row overlooks the beautiful gardens which were in bloom and planted with a variety of flowers and vegetables. Jefferson was very interested in horticulture, and we know from his extensive records that he experimented with many different types of plants. 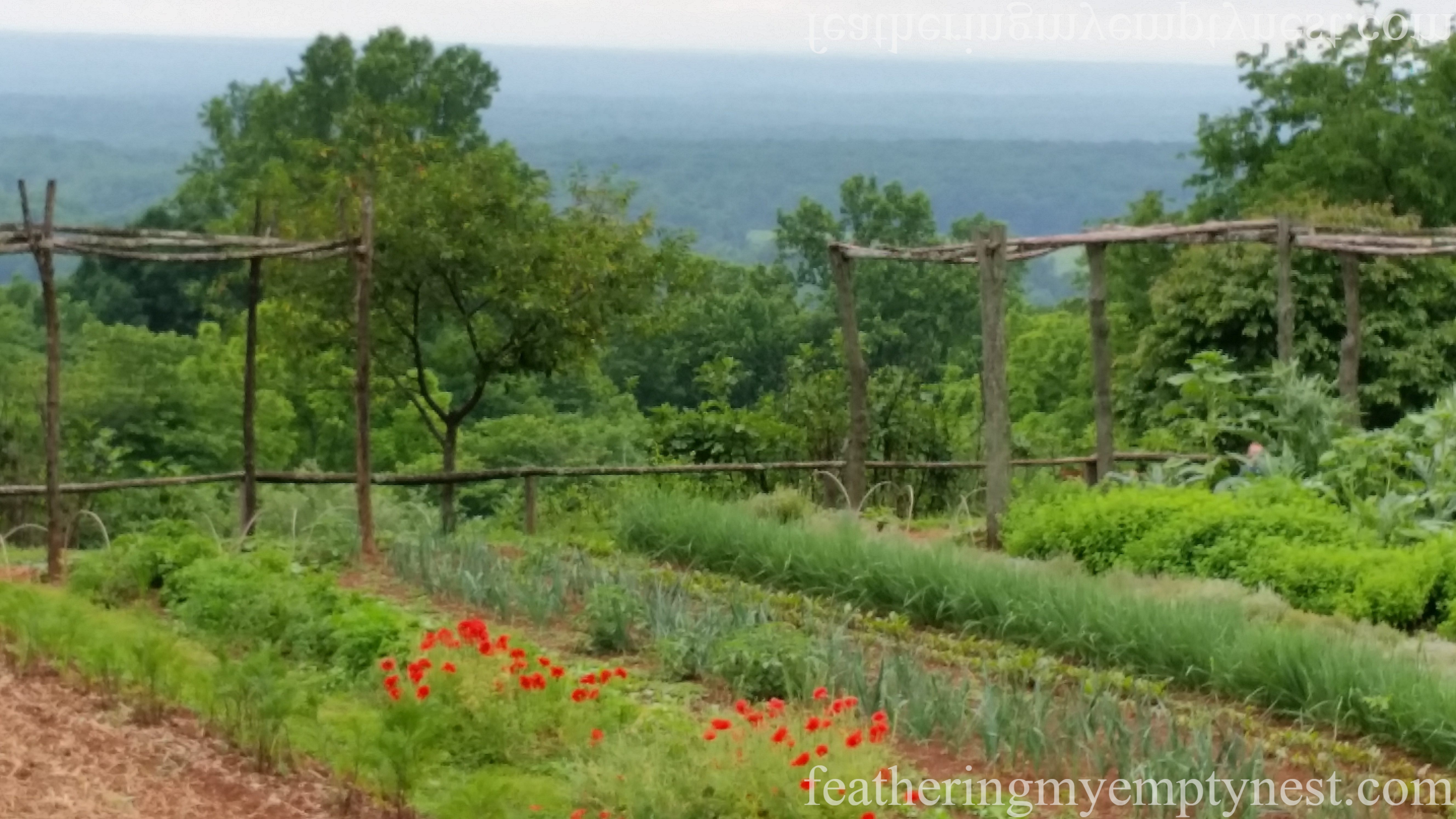 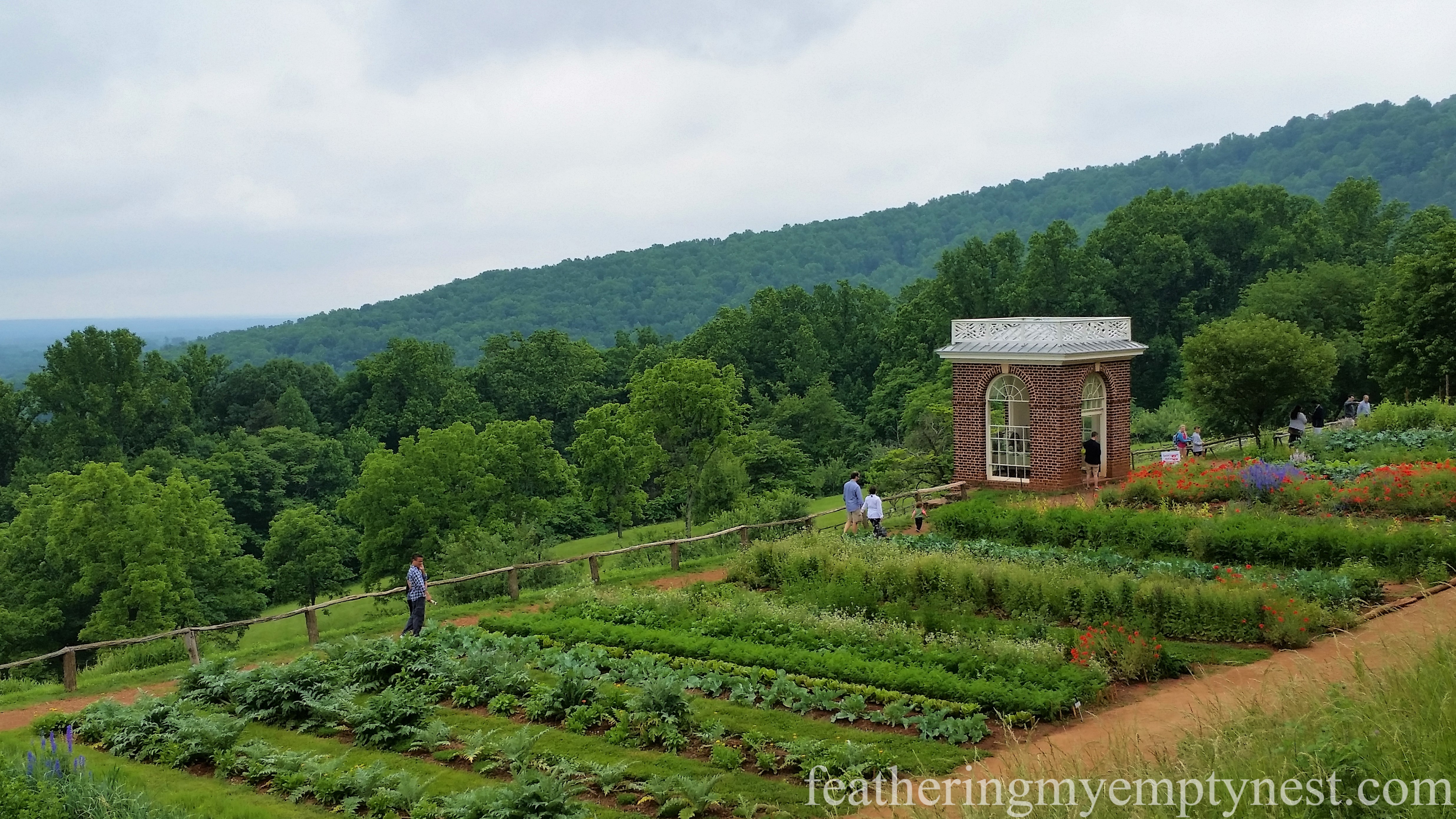 Below the garden, there is also a vineyard. Jefferson imported 100 of vines from Europe for his vineyard but ultimately found that the European grapes did not thrive in the Virginia soil.

After spending way more time in the garden than my family appreciated, we walked down to view Jefferson’s grand obelisk grave marker in the family plot. 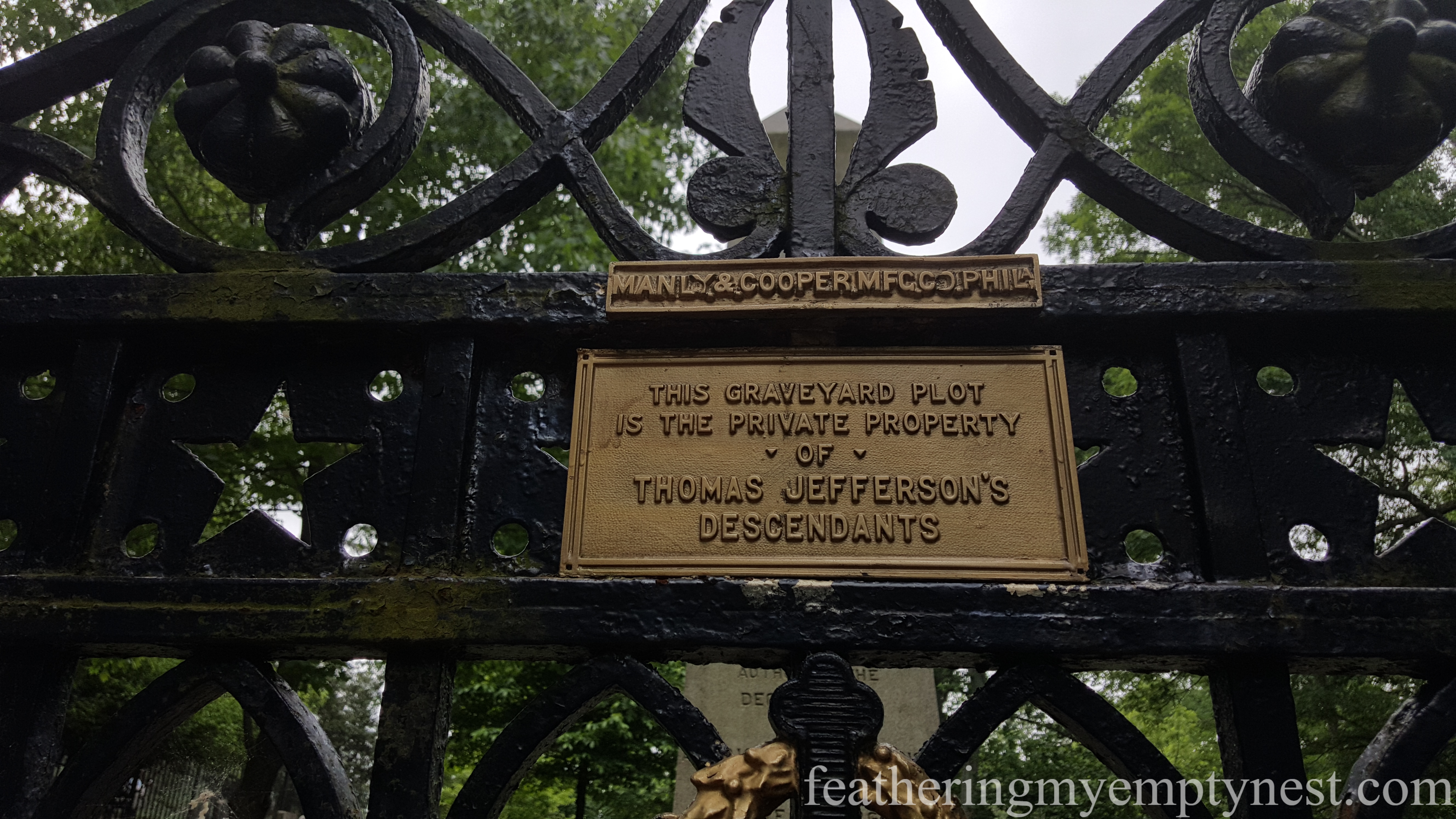 From there, we took the path through the woods back to the visitor’s center. I have to confess that after viewing Montpelier in the morning and walking around Monticello for most of the afternoon, I was pretty tired and probably didn’t give the exhibits in the visitor’s center their proper due. In addition to four major exhibits which showcase Jefferson’s love of ideas, architecture, and innovative inventions, there is a short rather lackluster film entitled “Jefferson’s World.” However, comparing the visitor center at Monticello with the one at Mount Vernon, I felt that Monticello could do a better job creating more engaging exhibits.

After a long day of touring, we returned to the Boarshead Inn, where we had an excellent dinner in The Old Mill Room and toasted our new graduate. And then, exhausted, fell into our beds. All in all, it was a wonderful weekend that entirely captivated our geeky hearts.

Have visited other historical homes that you feel are worth touring? I would love to hear about them. Please leave me your comments or recommendations below. 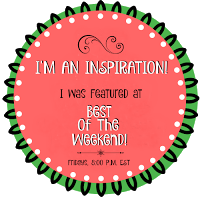