After our spectacular day at Mount Vernon (see History Geeks Tour Part I Mount Vernon), we drove about two hours south to Charlottesville, VA. We had dinner reservations at Public Fish and Oyster which is a small but excellent raw bar and fish restaurant. After I had stuffed myself with mussels and wine, we checked into the Boars Head Inn for the night. The Boars Head is a beautiful country inn situated on 573 bucolic acres and is owned and operated by the University of Virginia Foundation.

After a good night’s sleep, we headed over to Orange, Virgina to tour Montpelier, the 2650- acre plantation home of James Madison which is about a half hour from Charlottesville. Montpelier was originally built by Madison’s father, James Sr., but was renovated and enlarged in 1797 by President Madison a few years after marrying the vivacious young widow Dolley Payne Todd. He added two wings and a colonnade in 1812 to create the house as we see it today.

While Madison was our fourth president and considered to be the architect of the Constitution and Bill of Rights, he isn’t exactly one of the country’s flashier founding fathers. Perhaps, because of this, after Dolley Madison sold the home in 1844, Montpelier remained in private hands for 140 years and was subject to the personal tastes of its various owners. In fact, the family who owned it in 1901 stripped the house of its original woodwork, tripled the size of the structure, and covered the Georgian brick facade with pink stucco. It wasn’t until 1984 that the last owner, Marion Dupont Scott transferred the property to the National Trust For Historic Preservation. However, even then, serious restoration on the property didn’t begin until 2000. This means that, while much has been accomplished in a short period of time, Montpelier is not as far along in the restoration process as Mount Vernon or Monticello.

Very few of the Madisons’ possessions have been located or found intact, so most of the restoration is based on forensic examination of the house and archaeological artifacts.

Another invaluable source has been the descriptions of the home, and its contents gleaned from letters written by visitors to Montpelier, insurance documents, and the records of James Dinsmore, the craftsman Madison hired to make his additions to his family home.

The truly fascinating thing about Montpelier is that it is very much a work in progress. As a visitor, you witness all the work being done to the property and can even participate in the active ongoing archaeological efforts. The enslaved people’s quarters in the area known as the South Yard was allowed to rot in place and is currently in the process of being rebuilt. This area is a rich source of archaeological finds that continue to provide clues about how slaves lived.

Our guide told us about one of the most significant sources they have regarding the lives of the enslaved people at Montpelier. It is a first-hand account in the form of a memoir entitled “A Colored Man’s Reminiscences of James Madison” written by Paul Jennings. Jennings was Madison’s personal manservant and was taught to write and read (even though it was illegal to do so at the time) so that he could assist Madison with his work both at Montpelier and at the White House during the War of 1812. 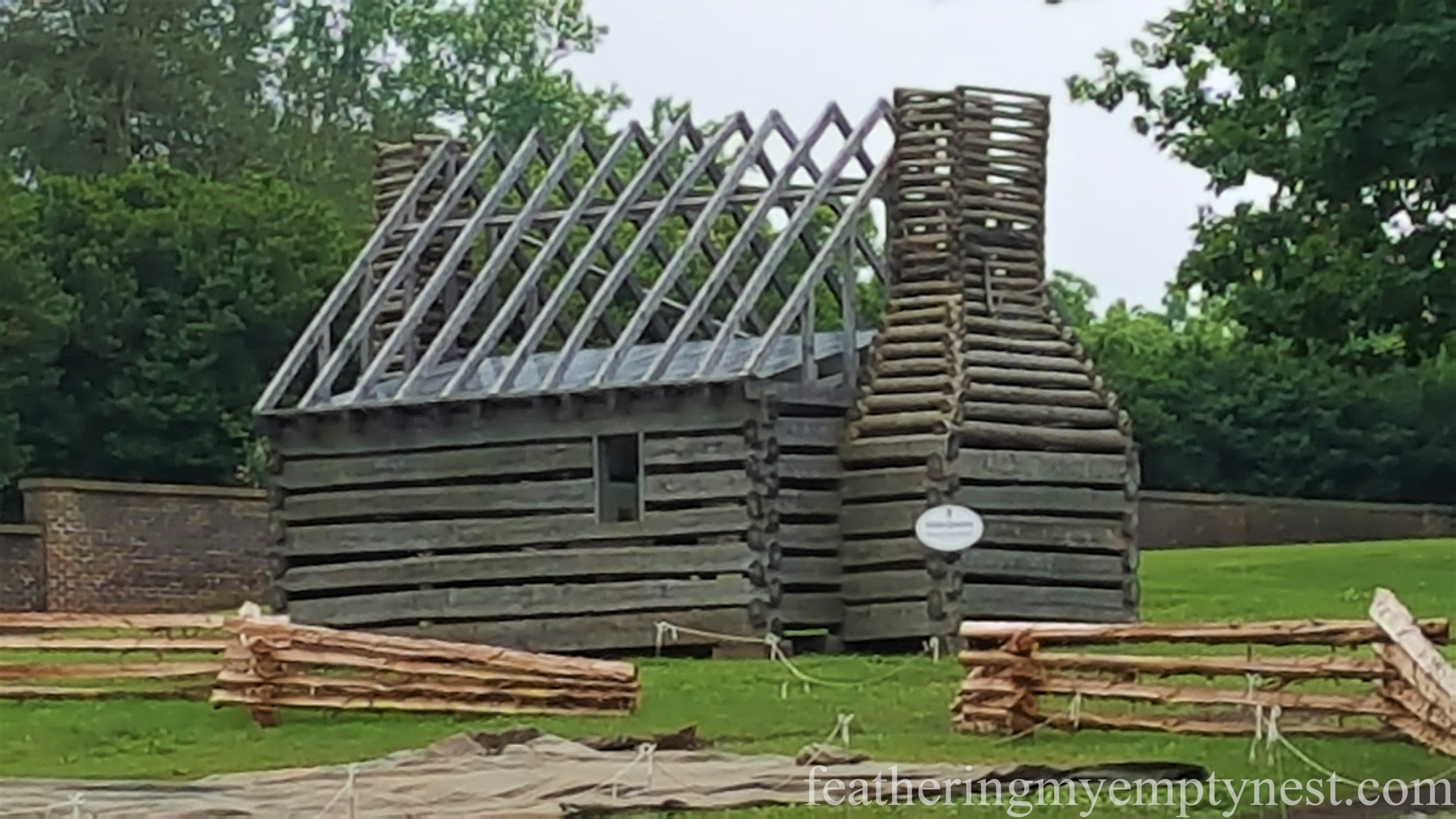 One of the unique things about Montpelier is that you can speak with the archaeologists working on the restoration and even participate in the excavation. On our visit, we spent time in the archaeology lab and had the opportunity to talk with one of the researchers. She showed us drawer after drawer of excavated items including different kinds of pottery shards, nails, buttons, and even arrowheads explaining that the materials used and how they were made help them to date the items.

When the Montpelier Foundation took stewardship of the property, there was much debate about whether the Dupont renovations should be destroyed to restore the property to what it had been in Madison’s day. Thankfully, the decision was made to proceed with the restoration. However, one of the things that has remained from the Dupont family’s ownership is Annie DuPont’s formal garden. I love gardens, and although there was not much blooming when we visited, I found it very beautiful. 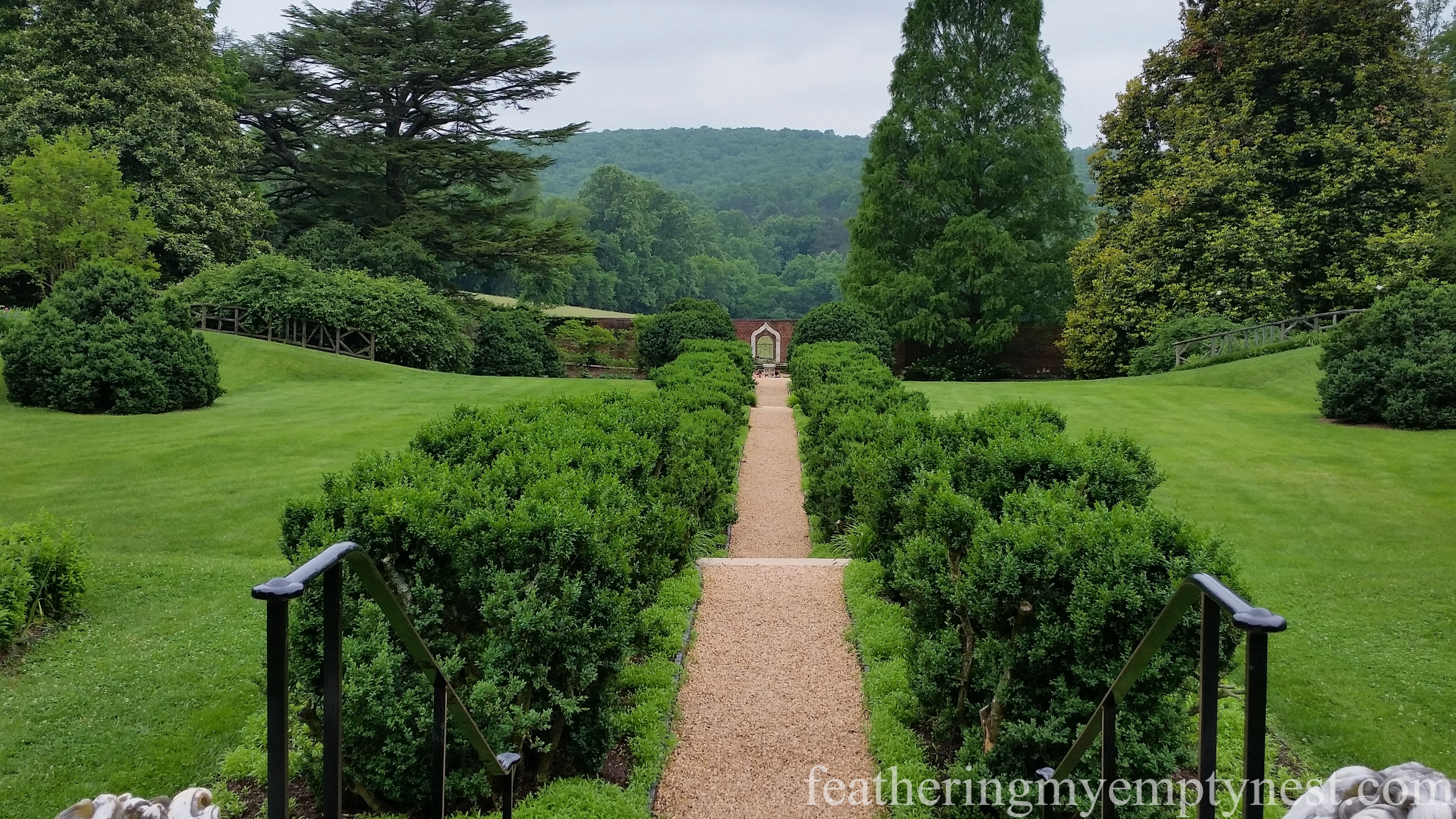 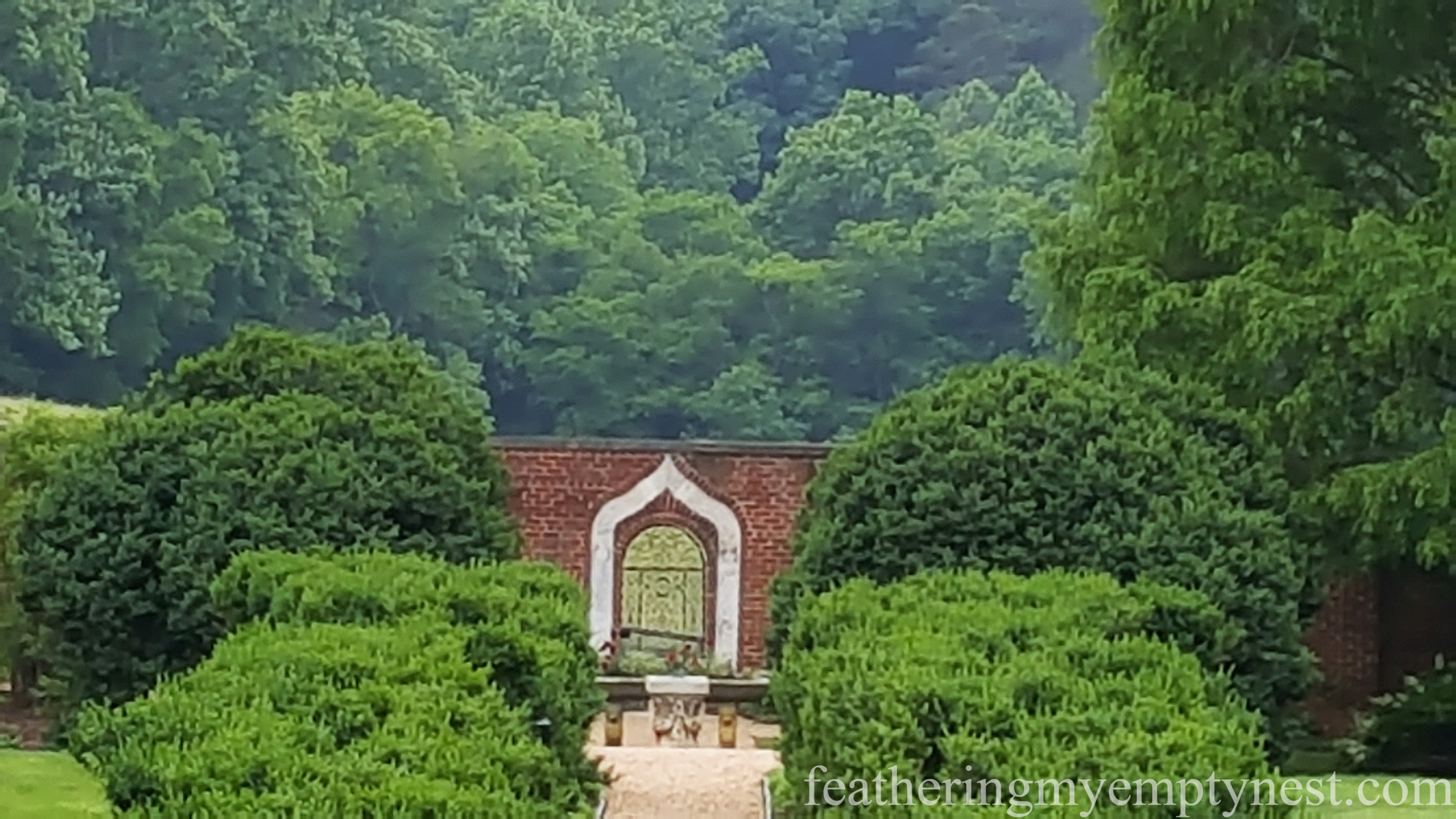 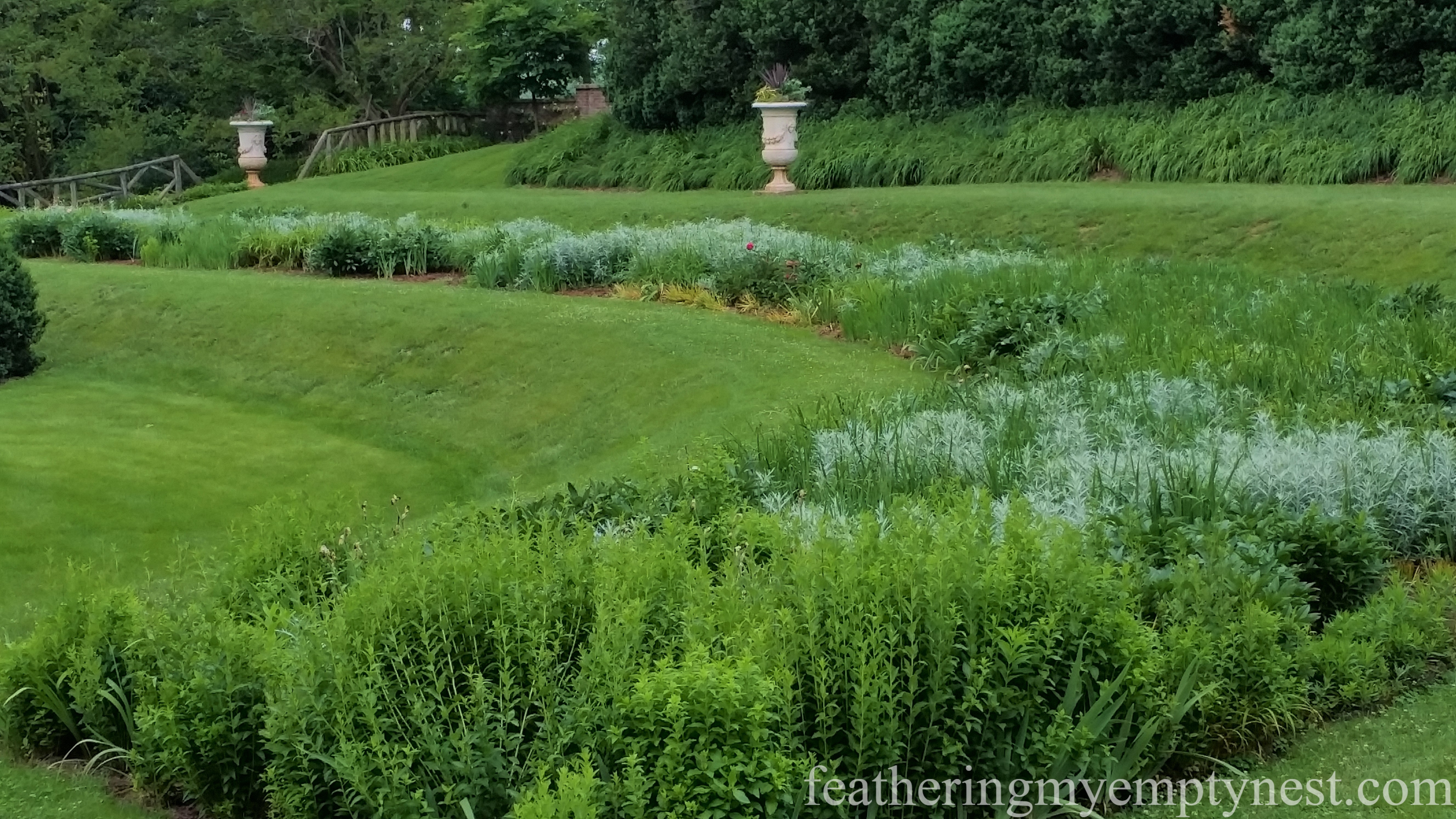 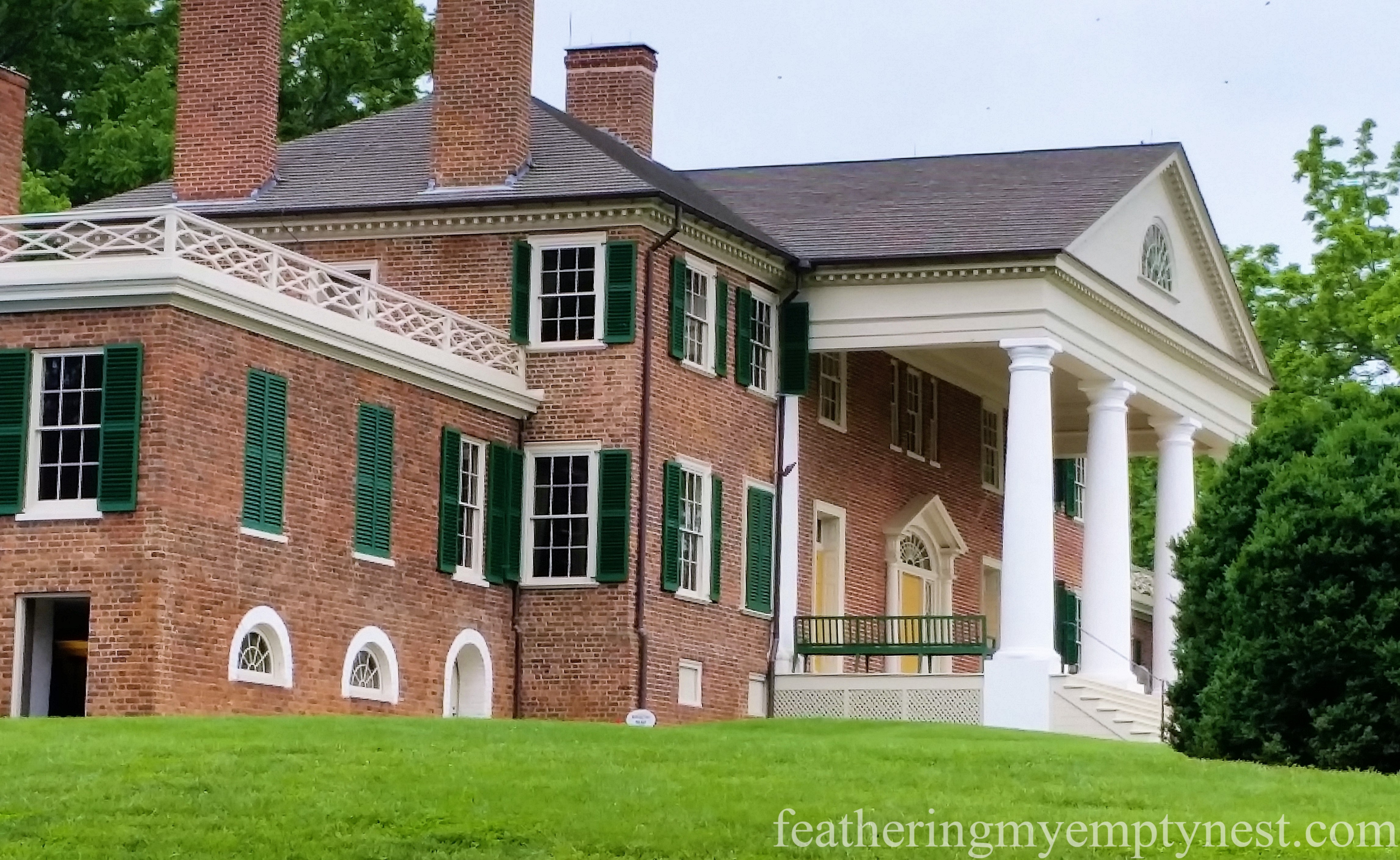 We didn’t have time to take advantage of them because we had booked a tour of Monticello in the afternoon, but I understand that Montpelier has over 8 miles of walking trails that are free to the public. These well-marked trails range through meadows and old-growth forests and offer hikers stunning vistas of the Blue Ridge Mountains. Hopefully, I’ll be able to return in a few years to see all the new restorations and perhaps, take a walk in Madison’s woods.

Our final stop on our Memorial Day weekend tour was Thomas Jefferson’s home, Monticello, which I will feature in the upcoming post of History Geeks’ Founding Fathers Home Tour Part III.