Earlier this year we took our newly minted college graduate on a “History Geeks Tour” of Presidents Washington’s, Jefferson’s and Madison’s homes. So, on our recent vacation to New Brunswick, when we found ourselves close to Campobello, we had to keep the Geek Tour going and pay a visit to President Franklin Roosevelt’s summer “cottage.” Although St. Andrews, where we were staying, is only 1 ½ hours from Campobello, we had to cross the border to Lubec, Maine in the U.S. and then cross back into Canada to get there.

All I knew about FDR’s island refuge came from a 1960 movie called “Sunrise At Campobello.” The film which was stars Ralph Bellamy and Greer Garson focuses on the period of 1920, when FDR was first stricken with polio, to 1924. It was shot on location on Campobello Island. What I primarily remembered about the film was that Greer Garson was way too pretty to be convincing as Eleanor Roosevelt. However, I also recalled that the scenery was stunning.

Since 1964, the Roosevelt property has been a 2800-acre international park jointly administered by both the U.S. and Canada. In addition to the Roosevelts’ summer home, The Roosevelt Campobello International Park offers two other cottages, gardens, walking trails, and several carriage drives with beautiful views of forests, beaches, bogs, and the Bay of Fundy.

Our first stop was the Visitor’s Center where we viewed a short film about Campobello and the history of the Roosevelts on the island. When the film ended, we headed over for a tour of the house.

Because I am the crazy flower lady, I paid particular attention to the dazzling array of gorgeous flowers around the house and visitor’s center. The gardens on the grounds, though not historically accurate, are lush and beautiful, containing many different flowers, including magnificent dinner plate-sized dahlias.

Although Franklin and his parents had been visiting Campobello since 1883, they didn’t move into what is now known as the Roosevelt cottage until 1907. The 34 room rambling house was originally built in 1897 in the American Arts And Crafts Style for the Kuhn family. It was purchased by FDR’s mother, Sara, for $50,000. Sara immediately gifted the property to Franklin and Eleanor. From then on, they and their children spent every summer there together for over a decade until FDR’s condition made it too difficult for him to travel to the island.

Unlike the summer “cottages” of other wealthy families in places like Newport, Road Island, FDR’s home on Campobello was not fancy or extravagantly decorated. It was designed to be comfortable and family friendly. Today the memorabilia filled house is set up to appear as if the Roosevelts just stepped away for an impromptu sail or picnic on the island, leaving their belongings behind to pick up later in the day.

The guides stationed around the house informed us that the cottage had no electricity or central heating. Warmth was provided by fire places, and stoves. Water for bathing and cleaning came from storage tanks on the third floor of the house.

The weather was spectacular the day we visited Campobello, but if you have read my other posts about our time in New Brunswick, you know that I kind of did myself in on our hike in the Fundy National Park. Because of this, we spent the rest of the time on the island driving around to all the scenic lookouts off the gravel, carriage or surrey roads rather than taking advantage of the walking trails. 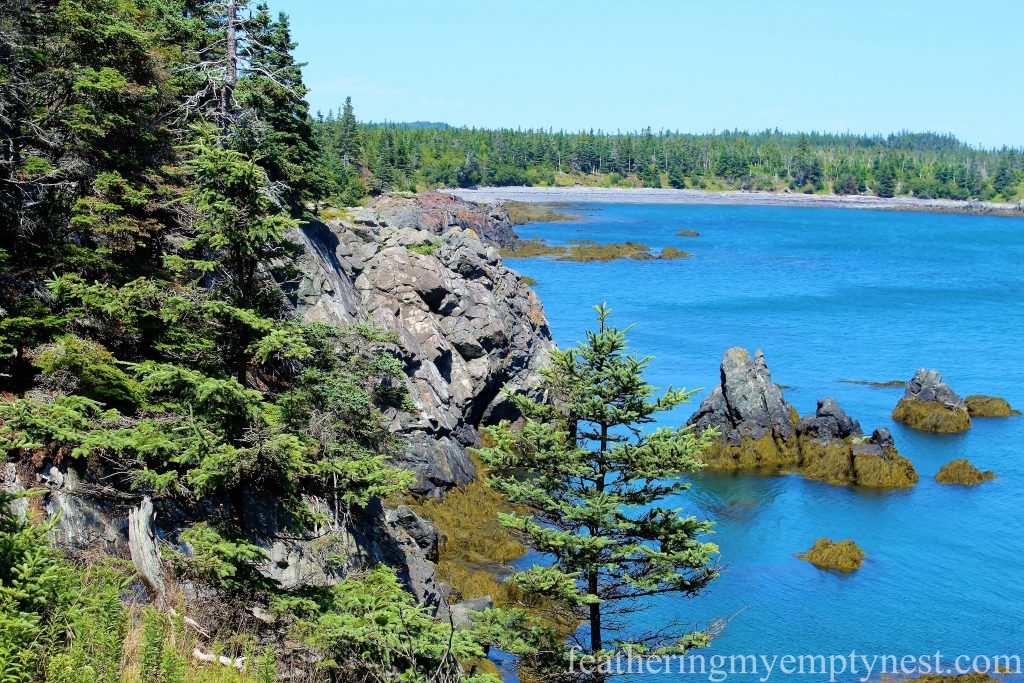 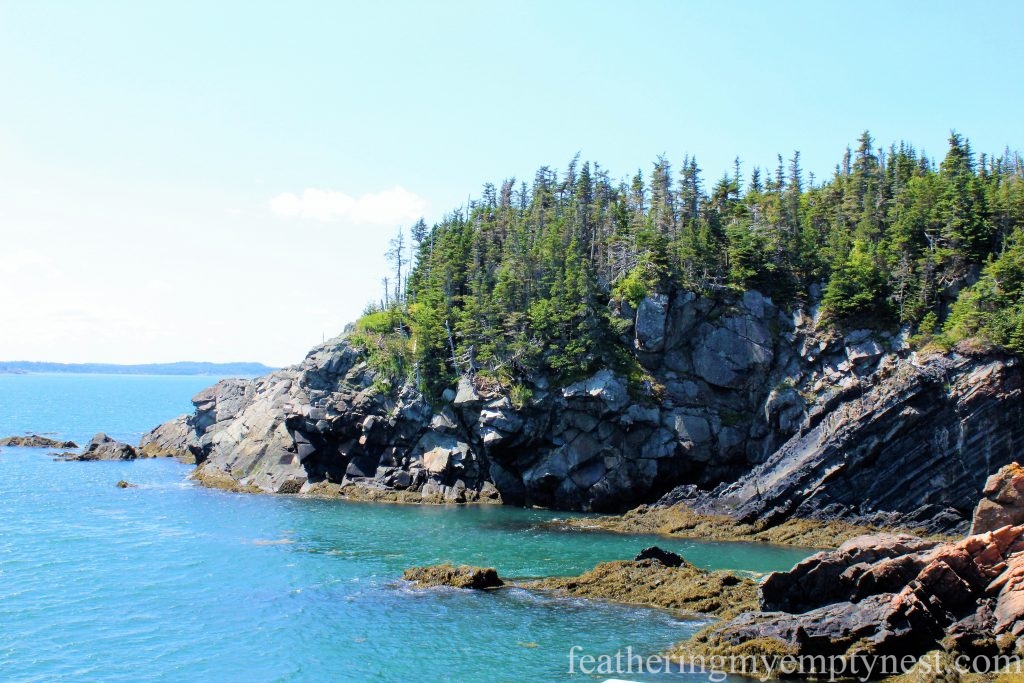 After spending the day soaking in the beauty of all that Campobello has to offer, it is easy to understand why Franklin Roosevelt referred to it as his “beloved island.” 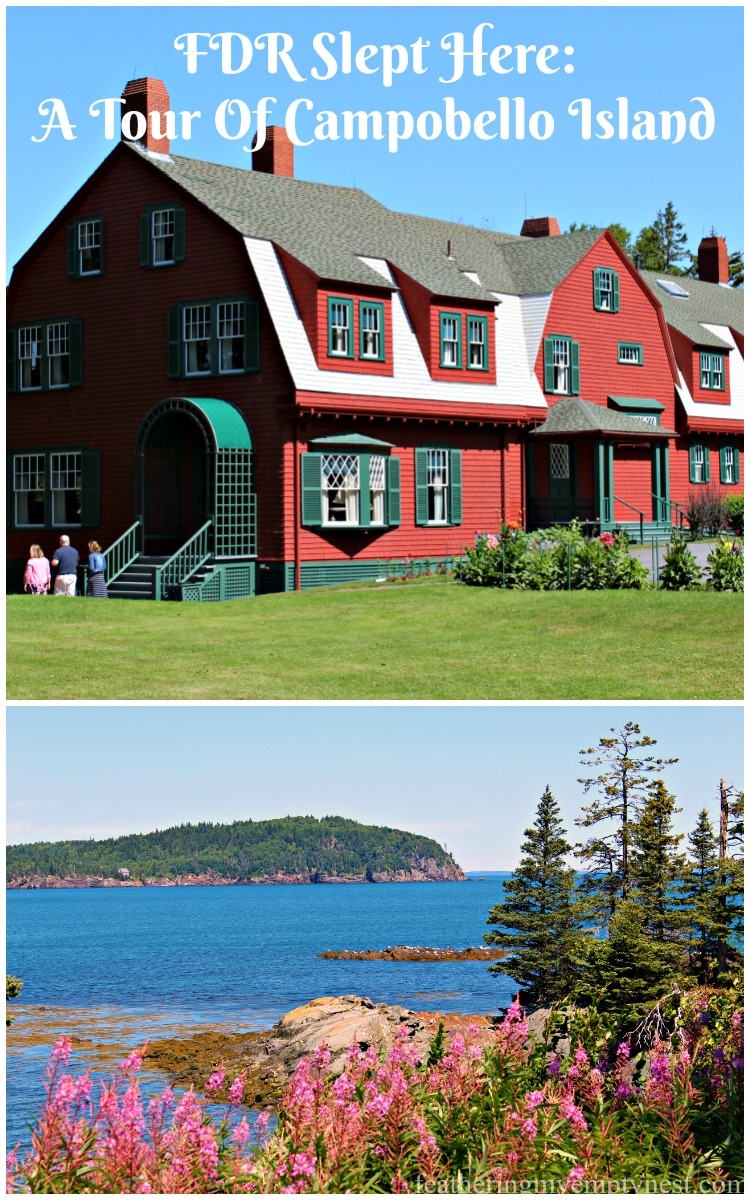 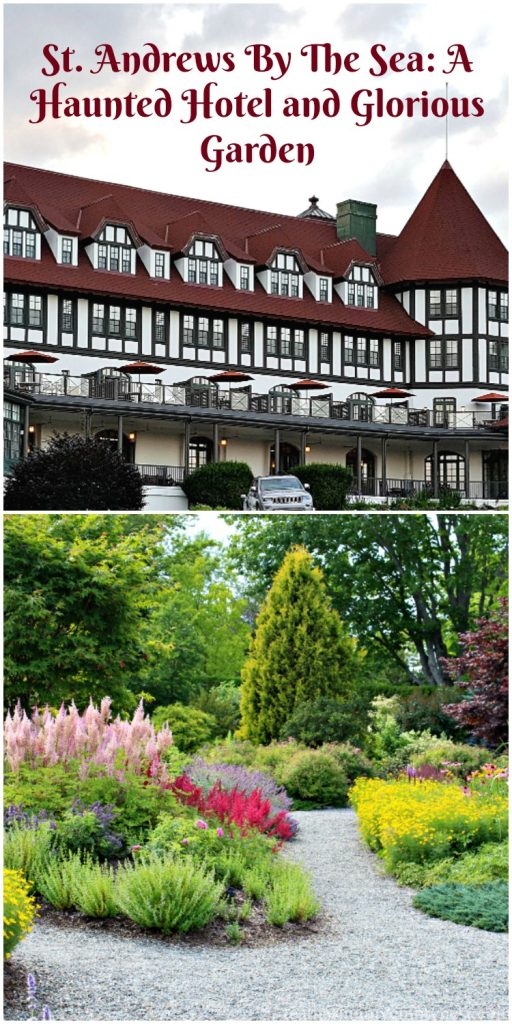 10 thoughts on “FDR Slept Here: A Tour Of Campobello Island”